A Live Concert I Won't Be Attending

I thoroughly enjoy the band Nickel Creek. I've been following the trio's careers since they first got together in 1989. I've also enjoyed each of the three members' solo albums since they put the band on hiatus in 2007. When the trio announced a new album I went to their website and bought a pre-release copy, unheard. I was also excited to see the band would be touring and had booked a night in the Denver area. I was planning to go see them live when I found out where they would be playing. The choice of venues was a deal-breaker for me. 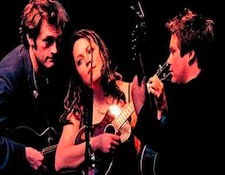 Instead of playing at a dedicated concert hall, Nickel Creek is scheduled to play at the multi-use 1st Bank Events Center in Broomfield, CO. This particular venue is better known for hosting the Harlem Globetrotters, Cirque de Soleil, and the local semi-pro roller derby team than holding concerts. And while it does have a lot of seats, as far as music is concerned, most of them are bad - either off to the side, behind, or if in front of and below the band, on the parquet floor where the basket balls are bounced. 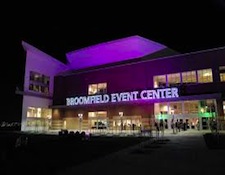 And not only will the sight-lines be distant at best, the "live" sound will be heavily reinforced, so that it will bounce around the hall like a meth-infused basketball. And besides the multiplicity of early reflections the audience will also be subjected to volume levels usually reserved for sporting events. Sure, I could just go, put in earplugs, and deal with it, but why should I?

And then there's the price of admission - $55 for decent seats (yes, you can get a seat for $20, which given the quality of the best seats might actually be a better way to go). Compared to the prices commanded by dinosaur boomer bands like the Rolling Stones, $20 to $55 is chump change, but for I would get out of the concert, I'd rather buy $55 worth of the band's recorded music to enjoy at home. 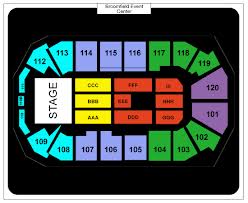 Perhaps I'm merely spoiled. When I go to hear an acoustic band such as Nickel Creek live I want to hear them in a more intimate environment where I can actually hear and see them. The 1st Bank events center just isn't that kind of place.

I'd rather spend $55 on a well-produced Blu-Ray of the Nickel Creek concert at the 1st Bank Events Center than go to actual live event there. I'd have a better view, with much better sound, and control of the SPL levels. But until such a Blu-Ray happens I'll have to be content with their new album (when it arrives) and my other recordings from the band. 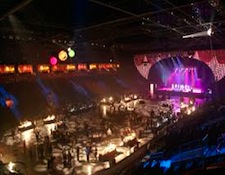 I hope that Nickel Creek's summer tour does well and they make a boatload of money, but my $55 will not be among their takings. Perhaps next time around, when they play a venue more suited to fine music than "events," I'll join the throngs going to see them live, but until then I'll just have to enjoy the band at home.