Why Great-Sounding Speakers Will Never Be Cheap 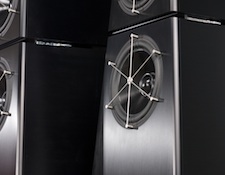 A reader recently wrote: "I would love to see an article on speakers where the actual cost of the drivers is compared to the cabinet and electronics. My point is some folk are buying speakers based more on their looks (spouse appeal) rather than how they sound."

I would never dispute that looks play an important part in speaker choice, but given the number of systems I've seen shoehorned into inappropriate living rooms during my time as an audiophile, I have to disagree with the idea that looks trump performance.

But the reader's first point, that the cost of parts in premium speakers verses the cost of the final product is out of whack is worth examining in more detail.

The traditional formula used by manufacturers to determine retail price was six-times parts costs. How many manufacturers actually use this scheme is anyone's guess. John Dunlavy didn't. When I reviewed the Dunlavy SC-VI speakers, Dunlavy told me exactly what his parts costs were - $7650. Based on the six-times rule he should have charged $45,900 instead of $25,500 for a pair of SC-VI's. Perhaps if he had charged more his business wouldn't have failed (in truth Dunlavy's less than stellar ability to deliver paid-for product on time probably did more to doom the firm than under-pricing.)

DIY'ers often complain that the parts cost of many premium-priced speakers compared to the final cost indicates that most high-end speakers are radically over-priced. But, rarely do DIY'ers factor in the cost of R&D, development, prototyping, production tools, and marketing. I dare any DIY'er to build a Magico, YG, Wisdom, or Wilson clone that duplicates the original's cabinets or overall construction. Unlike electronics, top-echelon speakers can't benefit from economies of scale for parts and circuits. There simply aren't any shortcuts for the man-hours and fabrication tools needed to build a premium speaker.

Perhaps we audiophiles have become spoiled. We expect each new generation of products to surpass the previous one in both performance and value. And while the most successful electronics firms have continued to deliver on this "new paradigm of value," speaker manufacturers have a far more difficult road. Sure, speakers have benefited from better parts over the years, but wood, aluminum, steel, plywood, and other raw materials that go into speakers haven not seen any price decreases. Raw materials, machine tools, and the costs of skilled labor have all gone up steadily, and show no signs of abating.

So, while I fully expect the next generation of DACs to continue to increase in performance while maintaining similar, if not lower prices, I do not think we will ever see top-performing speaker systems becoming "affordable." That's not to say clever manufacturers, such as Golden Ear or Magnapan won't continue to make high-value speakers whose performance approaches far more expensive brands, but there are no shortcuts or technological breakthroughs that can duplicate the level of fit, finish, attention to detail, and man-hours required to build a premium transducer.