How Many Pairs of Speakers Have You Owned? 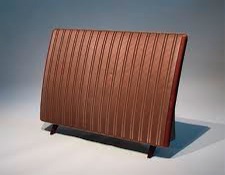 I woke up this morning feeling nostalgic. Why? Must have been that Chicken Mole' I ate last night. But regardless of the reason, I thought I'd write down, in chronological order, how many pairs of speakers I've owned (and kept in a system for a minimum of six months) since I became an audiophile. Speakers I've had solely for reviews won't be on the list.

EPI 100 - My first speakers. I bought a pair as part of a Sam Goody system that included a Scott StereoMaster 352 receiver that blew up after fifteen minutes. It was replaced under store replacement warranty with a Harman Kardon Nocturne receiver that worked flawlessly for years.

Advent Utility Speakers - I got these after the EPI 100s. I bought them used and they were kinda ugly, but they sounded fine with a Harman Kardon Artist Award A-500 integrated amp.

Morel MLP-402 - This was the first good "audiophile" speaker I owned. Purchased from Mikael Shabani, owner of The Audio Studio in Brookline, Ma, who was also the Morel U.S. distributor. I used these with Revox and Quad electronics.

Quad ESL-57 - I had a pair of these for over ten years, and during that time I did a lot of mods including removing the metal grills and back-stuffing, replacing panels, mounting them on top of Cizak MG-27 subwoofers, and driving them with everything from a Marantz 8B to a Atma-Sphere MA-1 OTL. When I began reviewing home theater products my inability to fit in a third ESL-57 for center-channel duties into a small room meant their demise.

Snell A III - I had these during the same time as I had the Quads. I used them with big solid-state amps as well as tube gear. I blew up the 12" down-firing subwoofers more than once. I remember their very left-brained sound.

Apogee Full Ranges - I used these for over five years and they were the speaker I carted from Boston to Colorado when I moved in 1991. Yes, the were hard to drive, needed a big room, required a careful set-up, but talk about transparency...

Apogee Scintillas - I used to alternate a pair of these with my Quad 57s in my smaller listening space in my studio in Boston. With their two-ohm resistance they were perfect for stressing solid-state power amps. I also wish I had kept them since there are for more amps that could handle them successfully today than back then...

Dunlavy SC-VI - I got these in 1996 and their still in my main room (whose dimensions and surfaces were adjusted specifically for the Dunlavys.) Until the day I downsize they will be my references.

AV123 X-Static and Voce with full Skiing Ninja modifications - Although I didn't review this Danny Ritchie designed speaker for any publication, when I heard them I wanted to use them for my smaller multi-channel set-up during the summer months. Combined with the X-Omni for rear channels, the system sounds far better than its price would lead you to expect.

Genesis 6.1 and 6.1C - Arnie Nudell's last and most recent commercial design, I use these in the winter when lightning strikes and power surges are less likely to roach their sensitive built-in servo amps. They're still a great-sounding acoustically flexible semi-open-baffle design.

So, that's my list, so far. It would be far longer if I included all the mini-monitors and small bookshelf speakers I've owned used for near-field listening. Perhaps I'll compile that list another time. But, if you consider how long I've been an audiophile, my list of speakers that I've owned isn't that long. Of course during that time, on average, I reviewed three or four more speakers per year for TAS and Stereophile, which I didn't include in my list.

My parting question is simple - how many speakers have you owned since you became an audiophile?