Outlaw Audio and Their Model 978 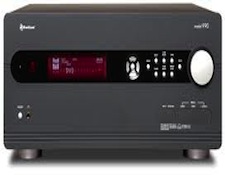 Audiophile Review received an Email from Peter Tribeman, president of Outlaw Audio, regarding their promised processor, the model 978. Even if you weren't one of the audiophiles who've been eagerly awaiting Outlaw's latest, it makes very interesting reading...

"As you may know, we have been developing the Model 978 processor as a successor to the Model 990 for quite some time. Unfortunately, we have some disappointing news.

The Model 978 processor project has been suddenly and unilaterally cancelled by our development partner/factory in China and consequently, all work on this project has ceased. Given the length of time that many of you have been waiting for the Model 978 we owe you an explanation as to what happened.

With progress on this product moving too slowly for all of us, we assigned Scott Jackson, our Sales Manager, to work directly with the factory in an effort to speed things up. Scott first visited the factory in January, and was able to resolve many issues. With the success of the first trip, Scott anticipated accelerating the project through to completion during a second trip to China last month.

Indeed, during this second visit great progress was made. Audyssey MultEQ XT32 was now fully working, the video and audio subsystems were fully functioning, the HDMI system had passed pre-certification testing, and the Model 978 was ready to be submitted for formal approvals. The factory's engineering department invited Scott to return again in July to help resolve the few remaining issues raised by our beta testers.

At the last minute, Scott's return to Boston was delayed when the factory's management asked for additional time in order to share the results of a meeting that was just held with one of their largest customers. As we soon learned, the purpose of this meeting was to address this customer's objection to the factory's decision to build products for companies that they considered "competitors." For the record, this customer, headquartered in North America, is NOT an Internet-direct company and its brands and products are sold through conventional "brick and mortar" dealers. For that reason, the factory did not view Outlaw as a direct competitor to this customer and therefore joined with Outlaw in the development of the Model 978.

During this meeting the factory's management informed Scott that this specific customer had made it clear, on a non-negotiable basis, that building either a receiver or processor for certain companies they perceived as competitors was "not acceptable." Outlaw was near the top of this short list and as a result all work on the Outlaw branded processor by the factory had to be cancelled immediately. To say that Scott, myself, and the rest of the Outlaws were stunned by this decision is an understatement.

Over the last few weeks we have exhausted every avenue to find a path that would preserve the Model 978 platform. These options included the possibility of purchasing the PCB layout files, firmware, and software from the factory in order to finish the development process and build this processor elsewhere. Unfortunately, we were informed by the factory that such a transfer would not be possible. This is due in part to the nature of our agreements with the factory, as well as the intense pressure on the factory from this customer. Every alternative solution we presented was ultimately rejected by our now former partner/factory.

For those of you who are Star Trek fans, this is our own "Kobayashi Maru" - a problem for which there is no known solution.

We realize that this is not the first Outlaw product that hasn't made it to the market. As many of you may remember, we cancelled the Model 997 processor once we realized that it would not work properly. In that case, the platform suffered from a combination of architecture and software issues. Our decision to cancel was validated by the relative failure of the Sherwood R972, the A/V receiver based on that platform.

By contrast, in this case the factory's unilateral cancellation of the Model 978 is a totally different story. This development project was a collaborative effort between the factory and Outlaw, with the critical parts and circuits chosen and designated by us, including the addition of our proprietary phono preamp circuit. Our goal from the outset was to design and build a unit that would be an extraordinarily strong performer, capable of competing sonically with the very best processors available. In addition, we took into account the constructive feedback from members of the Saloon, such as the inclusion of the Audyssey MultEQ XT32.

This product represented the best thinking of the entire Outlaw team. With all of the time, energy and collaborative effort invested to-date, the idea of not having this flagship processor in our arsenal is extremely difficult to accept, especially since it was so close to completion.

Given the nature of Internet-direct businesses, we expect that this news will resonate across the chat rooms and forums, along with the conspiracy theories that tend to accompany such things. We also realize that there may be a certain amount of hostility by some, and perhaps the clinking of champagne glasses on the part of others. Regardless of whatever postings or rumors appear, the events are as described above.

Most importantly, it is not our intent to ask anyone to hang on for a replacement for the Model 978 as the quick development of a product with that level of complexity is simply not realistic. We are reviewing all possible options, but any decisions on another high-end processor will take time as the leading edge of advanced technology moves very quickly.

While this situation is the result of industry political considerations that were totally outside of our control, we deeply apologize to those of you who have waited for this product and have kept the faith.

At Outlaw we are all, of course, extremely frustrated. At the end of the day, a "perfect storm" of conditions negated virtually all of the efforts of the entire Outlaw team. However, our resolve has never been stronger or more focused than it is right now. We are continuing to investigate all avenues for replacing the Model 978 and are aggressively pursuing other products that are already under development.

To that point, we offer the following: While we do NOT have a substitute for the Model 978 at this time, there is another processor in the works which we quietly started with a different development partner and factory last fall. In comparison to the Model 978, this is an entry level processor that is simple to operate and it is targeted at our budget-minded customers. It not only covers the basics and a bit more, from a sonic perspective this new processor will be an over-achiever.

During Scott's recent trip to China he visited this second factory to monitor the project's progress. He was pleased to report that the processor was actually ahead of schedule. While we planned to remain quiet about this processor until it was closer to completion, the accelerated schedule allows us to tip our hand a bit earlier than scheduled. Originally slated for introduction in the first quarter of 2013, if all continues to go well, we will ship this unit sometime in the fourth quarter of this year.

Once again, we apologize to those who were eagerly anticipating delivery of the Model 978 as we are keenly aware of the frustration you have endured while waiting patiently (and sometimes not so patiently) for this product. Please be assured that we have exhausted every possible alternative to find a way to deliver this processor to our customers. Ultimately, there could be no contingency plan in place for this unpredictable situation that was entirely due to factors outside of our control. While there is no denying that this has been a setback, we are more determined than ever to providing you with a number of great new products in the near future.