Where Personal Audio All Began... 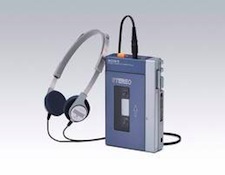 If you read the articles on many audio websites you would have to conclude that not only is personal audio "the next big thing" but it also holds the future of audio. And while the debate as to whether personal audio WILL indeed "save" high-performance audio could and should be an ongoing one, personal audio isn't really all that new - the first Sony Walkman saw the light of day in 1980. That's 34 years of being "new."

The first Walkman came about because Sony co-chairman Akio Morita wanted something to listen to during his many long trans-oceanic flights. Sony audio engineer Nobutoshi Kihara built the first prototype in 1978 and the first production units began appearing in Japan in 1979 and the rest of the world by 1980. 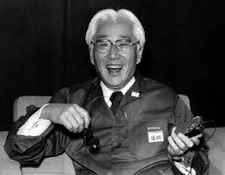 In retrospect, the whole portable audio revolution started because someone in a position to make things happen realized that there was a need for portable, personal music player. And how did he know there was a need - because it was HIS need, a need that turned out to be the same need as 365 million other people (the current sales totals for Sony Walkman products).

I was fortunate to be among the first in the US to see the original Walkman cassette player. One of my commercial photography studio's regular catalog accounts in 1979 was a firm by the name of Markline, who sold business and office supplies. My work for them involved quarterly catalogs shot on large format cameras. Usually they booked me for a week or two at a time (what we in the biz used to call a bread and butter account) so I was quite surprised when their art director booked me for a two-hour one-product shoot.

The day of the shoot the art director arrived with three Sony employees in tow and a small box. Inside the box was one of the first production models of the Sony Walkman. For the next hour I photographed the Walkman and wondered whether I could listen to it after the shoot. Even before hearing it play, to say that I WANTED that Walkman was an understatement. The combination of its capabilities and its innate coolness made the first Walkman something that inspired acquisitive lust instantly.

Since that day in 1980 I've owned quite a few Sony Walkmen, Walkmen Pro's, as well as other portable devices and while most have delivered superior sonics and ergonomics when compared to the original Walkman, none have elicited as much pure audiophile lust in my heart as that original Walkman...perhaps it was its possibilities and potential that set my heart a-flutter...possibilities that are still expanding which all began with the simple desire to listen to one's own music on an airplane flight...