Seduction by a Pair of Headphones

Last week Paul McGowan and Bill Leebens of PS Audio paid me a visit. While he was in my office Paul took a picture of my headphone rack area. You can see ten pairs hanging from "banana hooks" that I got from Amazon. That is only about 1/3 of my headphone collection. Why do I own so many headphones? Because no single pair of headphones is perfect and I like having a variety of different sonic flavors to choose from. Also headphones, unlike loudspeakers, don't take up a lot of space, so even someone with limited space can have multiple pairs without storage issues. 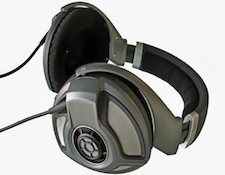 Recently I acquired a pair of Sennheiser HD-700 headphones. They have been on the market for over three years and during that time have garnered a variety of reviews, most of which either love or hate them. As an old-school audiophile I did not expect to like the HD-700, since it is not a completely neutral or "natural" sounding headphone. No, most reviews, including one by Brian Kahn in HTR, noted that the HD-700 is somewhat fussy and requires a burn-in to sound its best. Also its frequency response curve displays quite a few variations from what most folks consider "ideal." But about a month ago I had a chance to hear a pair of HD-700s at a Denver Head-Fi meeting and I really enjoyed how they sounded and how they fit, so when I found an authorized online retailer selling HD-700 headphones for $430 delivered, (which was over $100 lower than any competing price I found), I bought them.

I've been using the HD-700s in balanced mode - they use the same headphone cable connections as the Oppo PM-1 so I took the Oppo's balanced cable and attached it to the HD-700s. Using the NuPrime DAC-10 as a headphone amplifier I was delighted by not only the huge and well-articulated soundstage but also by the low bass. Headphones are not known for their subterranean bass. And there are many otherwise excellent headphones that do everything right except low bass, such as the AKG-7xx. Also there are some in-ear monitors that can be bass-monsters, such as the Jerry Harvey Roxannes, when you turn up their bass control. But none I've heard except the AudioQuest NightHawk have the same amount of controlled low bass as the HD-700.

If you use TIDAL try playing "Dracula" from Bea Miller's album This is Not an Apology. I use either TIDAL's player app with Amarra AQ+ or Roon. Listen to the quality of the descending synth-bass lines and then listen to the "crash" percussion. On many headphones there is very little impact from the crash sound because the headphone driver's excursion has been expended on the synth bass and the transducer has nothing more to give in terms of dynamics and low frequency drive. Through my Sennheiser HD-600 headphones the bass doesn't have nearly as much impact or drive as do the HD-700s. Also through the HD-600 headphones the crash is harsher with more upper midrange gnash and the vocals are cooler and less immediate. Try listening with your own headphones and see if your cans can do the bass...

Now at this point I had to ask myself the question of which pair of headphones was more accurate? And in reality the HD-600 is probably closer to what I would consider neutral than the HD-700. But on most pop music the HD-600s don't create the same level of involvement or immersion in the music as the HD-700 can. So what's an audiophile to do? Well, my simple, if less than economical solution, is to own both headphones and use whichever one I think will do the job better. When I'm listening for pleasure the HD-700s are my current go-to headphones. But if I need to check a mix or see if the balance is acceptable on a current recording project I would not choose the HD-700s, but instead the HD-600s would be a better option. 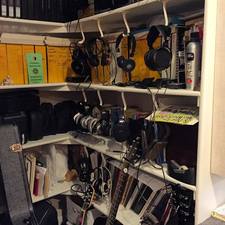 Now don't misunderstand me, there are many headphones that I consider better overall performers than the HD-700s, but all have higher street prices and none are more comfortable. So, while the HD-700s will never displace my Stax Lambda Pros, ,Oppo PM-1, Mr. Speakers Ether, HifiMan HE-560s, or Audeze LCD-2s for critical listening and component evaluation, but for those times when I just want to kick back and listen to some lively pop music the Sennheiser HD-700s are currently the first cans I grab.