In the old days, say around 1980, if you asked an audiophile "How" they listened, they would probably look at you funny and then answer "in a room." Back then, almost everyone did most of their listening to a triangulated two-channel stereo in a room-based system. Sure, some holdouts may have still had their "Quad" system, and even back then many audiophiles used headphones for late-night listening. But the vast majority of people did all their serious listening in their music or listening rooms. The same can't be said today. 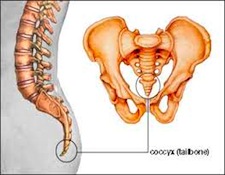 Nowadays young music lovers do most of their private listening with headphones and many music lovers use their computer desktops as their primary musical sweet spot. I expect anyone who does have a room-based audio system is thinking, "Not me, not me!" But, how old are you? I suspect most of the "not me'rs" are over the age of forty. And I hate to break it to you, but you are OLD and your listening methodology is old, too.

As we advance into the 21st century it's pretty obvious that unless we have some pretty catastrophic occurrences the world's human population will continue to expand and living spaces for most humans will continue to shrink as metropolitan areas become even more densely populated. Sure, the 1% can and most likely will still have the room to dedicate to a "listening room," but for the purposes of global trends and demographics they don't count (take that Oligarchs). 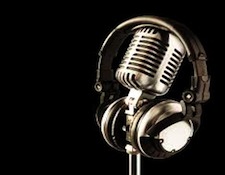 Frankly, the whole room-based stereo system has always been a tough sell for anyone whose ability to focus on ONE set of stimuli is even slightly compromised. Over the years I've played my live recordings for more than one classical music conductor who couldn't even sit in the sweet spot long enough for me to begin to explain what stereo imaging was supposed to be.

With modern brains being reprogrammed from an early age to continuously multi-task, expecting someone untrained in two-channel room-based listening to be able to concentrate their attention long enough to allow the magic of two-channel stereo to begin to effect them is becoming more and more of a long shot. Headphone and nearfield listening at least have a fighting chance of being sufficiently compelling that they might, if only for a few seconds at a time, focus a modern human's attention on the music, and only the music. And if anyone intends to explore the true power of music, how can it be fully experienced without allowing one's complete attention to be focused on nothing else besides the music?

Music appreciation on anything more than a surface level requires a human's complete attention. No human can multi-task while listening and still "get" Mahler, or Miles, or Monroe.

No, the only "modern" way for contemporarily wired humans to be fully immersed in music is via an intimate connection such as headphone or desktop listening. And it doesn't matter whether the source is a turntable, CD, music file, or cassette tape, if the results are coming out of speakers that are "over there" as opposed to "right here" it's going to be much harder for modern humans to make that emotional connection because, like it or not, we are being reprogrammed to respond to music differently depending on where and how its presented to us. If the transducer is any distance away modern humans interpret it as "background," not foreground. And background music is just that - a soundtrack for other tasks, not a primary stimulus or something worthy of our full, undivided, attention.