Getting Ready For Axpona

Packing, while it may not be a fine art, is certainly a necessary skill for a working journalist. For an audio journalist attending a trade show packing is even more critical. If you forget something vital, like the charger for your smartphone, you can be find yourself being far less productive than you had intended. Here's my abbreviated list of what I consider absolutely essential for an audio show 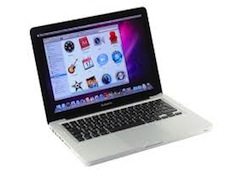 A portable computer - I know many journalists who've found that an iPad or tablet is perfect for covering a show, but I still prefer a portable computer. I steal away the MacBook Pro 13" that is usually not far from my wife's side, for the long weekend. But first I have to put all the stuff she's left all over her virtual desktop into a folder, back-up the system, and then I'm all set. I once tried using a computer to take notes as I visited exhibition rooms, but after about 1/2 day of that I swtiched back to my old faithfuls - a notepad and a pen. 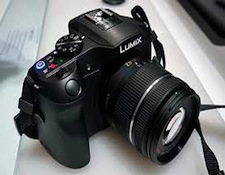 A Camera - For some journalists a smartphone is all they need for phtographic duties, but I'm old school. Since I made a living as a commercial photographer for many years, I have to bring a "real" camera to a show. My Panasonic G6 is light, fast, and has the capacity to capture anything I've got a mind to point it at. I also bring a couple of spare lenses, two flash units, and enough fully charged batteries to get me through the entire weekend. 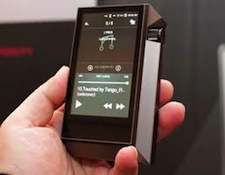 Portable Music Player - For years I brought my faithful iPod Classic 160, fully populated with music to shows. I used it in the airport, on the plane, and at the show. But this year I'm bringing the new Astell & Kern AK240 that I'm reviewing for Home Theater Review. It will serve as not only a portable music source, but also as a DAC in my hotel room, tethered to my MacBook Pro. I want to see just how long the battery will last on the road. I'm also bringing a couple of those external charge-in-emergency back-up batteries just in case the AK240 doesn't have quite enough juice for the whole flight. 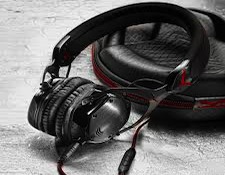 Headphones - Picking headphones for the trip was hard. I wanted to bring the pair of Oppo PM-1 headphones that I just received for review, but since they are open-ear rather than closed, the only place I could really use appreciate them would be in my hotel room, so I left them home. Instead I'm bringing a pair of V-Moda M-80 for the airport (they are closed-ear but allow enough leakage so I can still hear the announcements), a pair of Etymotic ER-4-P in-ears for on the airplane (great isolation yet easy to remove), and my pair of Ultimate Ears custom IERMs for critical listening to players in the portable audio demos. I could have brought the Westone ES-5 custom in-ears, but their case is quite a bit larger and heavier than the Ultimate Ears case, so the UEs got the nod. 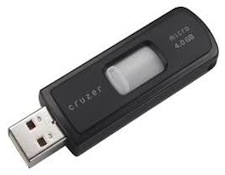 Software - Long gone are the days when I would populate a traveling CD case with twelve discs and be done with all my music for the show. Nowadays, I still bring a couple of CDs, but most of the music I bring to the show is either on USB thumb drives, micro-smartcards, or on an external 1TB USB 2.0 hard drive with my iTunes music library on it. If I get stuck in Chicago for an extra day or two due to weather, I'm all set music-wise for the layover. 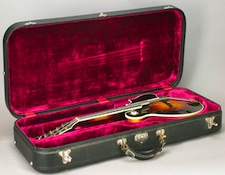 Other Stuff - At the top of the "otherstuff" list is my smartphone, after that comes clothes, some energy bars, and two pairs of shoes. Up until fairly recently, when I traveled I always brought along a musical instrument, usually my mandolin. But I've learned over the years that when I got to an audio show the only times I have to play an instrument are early in the morning or late at night, when, if I'm doing my job, I should be writing, organizing to write, or sleeping. Nowadays I try not to bring anything that is not directly related to my task at hand, which is covering the show. See you in Chicago...