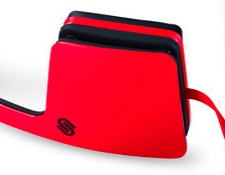 Recently I was looking at some headphone frequency response curves, and I must say that never before have I felt the term "curve" to be more appropriate. Both are attempts to make an earphone that sounds a particular way. Neither were anywhere near neutral.

Let's look at the first chart - Notice the two high frequency peaks at 3300 and 4500 Hz - they are more than 25 dB above the "average midrange output level. But what is the average midrange level? That figure varies by almost 15 dB between 400 and 3000 Hz!

The second chart shows a surprisingly flat response up to 2000 Hz, at which point the high frequency response drops like a rock (except for a 15 dB boost at 5K to inject some sparkle). 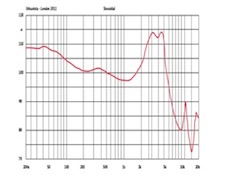 More info - I haven't heard either pair of earphones AND they both are from the same manufacturer AND it is not a well-known audio manufacturer but more of a lifestyle design firm. Until I saw their paid-for link on Facebook I had never heard of the company before...

The big question is based on specs alone which one would you rather hear?

Additional information for making your selection - the first chart is from an in-ear and the second from a pair of on-ear earphones. 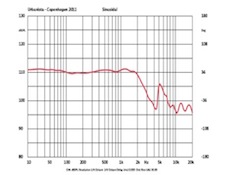