Most listeners appreciate that high-resolution audio is better sounding and more satisfying than CD-quality audio, and there are good reasons for that. To understand why, let's review some history of consumer digital audio and the differences between CD and high-res. 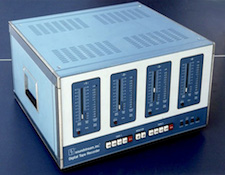 Why did these players sound better than those using 16-bit converters? All digital-to-analog systems must use anti-aliasing filters that remove the audio at and above one-half the converter sample rate to prevent the generation of artifacts in the audio band. 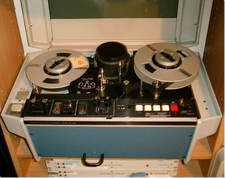 The highest audio frequency encoded on a CD is 20 KHz, and one-half of the rate of a 44.1 KHz converter, called the Nyquist frequency, is 22.05 KHz. The filter needed to cut off 22.05 KHz while passing 20 KHz creates artifacts of its own. However, if the converter sampling rate is four times higher, e.g. 176.4 KHz, as in the early Philips players, the filter's Nyquist frequency is 88.2 KHZ, allowing the filter slope between 20 KHz and 88.2KHz to be considerably less steep, so there is less audible effect created by the filter. Bitstream converters require filters with even lower slopes.

Now let's look at high-resolution PCM audio, for example 96 KHz/24 bit. The 24-bit depth allows better dynamic range and more accurate reproduction of signals at the lower limits of human perception compared to 16 bits. A 96-KHz sample rate converter requires a filter for eliminating audio at and above 48 KHz. This greater than one octave increase in the Nyquist frequency still requires a steep filter if the bandwidth of the audio signal is extended beyond 20 KHz.

In my previous post about SACD, I noted DSD's sonic superiority to 96 KHz/24 bit PCM. In my experience, PCM recordings with 192 KHz sampling rate are sonically equivalent to 2.8224 MHz DSD. I credit this to the 96-KHz anti-alias filter frequency being high enough that its artifacts are completely out of the audible range.

One of these filter artifacts is called "time smear" -- the upper harmonics of a signal are displaced in time from the fundamental. While this time offset is subtle, it contributes to the difference between live and recorded sound. In another Audiophile Review post, Steven Stone, Audiophile Review's editor, related that in the midst of a CES show in Chicago, he and Keith Johnson were immediately aware that one sound they heard was live, and he noted that time smear may be responsible for this live vs. recorded difference.

MQA processing, developed by Meridian, specifically addresses time smear and may allow lower sample rates to sound as good as the higher rates used for today's high-resolution recordings. The reviews are positive, and I look forward to evaluating MQA playback from recordings that have been MQA-encoded and ones that have not.

He was Philips' North American liaison to the motion picture and recording industries for technologies including MPEG Multichannel audio, Super Audio CD, and Blu-ray.