Lately I've seen a lot of posts from the usual suspects about 44.1/16 being more than enough bandwidth for humans to completely enjoy music. The reasons given are ones I've seen 1000 times before, yet they are no more correct now than when originally put forward. All these arguments are based on the faulty logic that 44.1/16 has been "scientifically" proven to be more than adequate for the average person listening to music. The plain fact is that 44.1/16 was never chosen because it was sonically transparent or optimal. It was chosen because it was technically feasible. 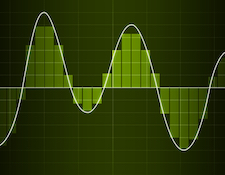 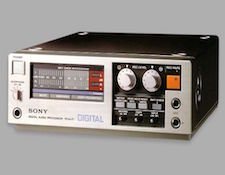 Instead of analyzing the capabilities of the human ear/brain and making a sampling rate that based on that research, the 44.1 standard was based on nothing more profound than "What's the best we can do, right now?" and then justified by tests after it was determined that 44.1 was what they needed to use due to technical limitations. Rather than a "gold standard" for digital inaudibility 44.1 was (and still is) merely what was technologically convenient.

Nowadays we can do better.

But there are some folks who write about audio who would have you believe that any need for a higher sampling rate and bit depth is merely a form of snake oil designed to induce audiophiles to spend money on stuff that will not make an audible difference. Of course they base all their arguments on the false premise that 44.1 is "good enough" because it was based on scientific research. That research was done AFTER the standards were formulated. And its primary purpose was to justify the establishment and acceptance of those arbitrary standards. 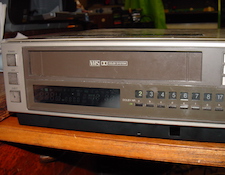 In retrospect its unfortunate that audibility tests on 44.1 gave researchers a positive (for them) result. If the tests had been more rigorous perhaps the whole digital rollout would have been postponed for a couple of years until the technology needed to produce better and higher-resolution DACs was in place.

In 2016 there is no earthly reason besides historical precedent why we are still saddled with 44.1/16 as any kind of minimum standard for audio quality. It's not. Perhaps it never should have been the standard. As of today there is no logical reason that anyone who cares about audio quality should argue for retaining it as anything but a MINIMUM standard today.