The Thrill is Gone - Another Lesson from B.B. King 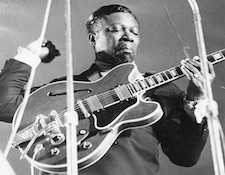 Back in the bad old days when vinyl was your only option, when a new LP was released you never knew whether it would end up sounding good or bad, whether the pressing would be quiet, properly centered, without warps, and playable. If you were into import pressings you really got to play vinyl roulette - many stores would not accept returns on imports once they were opened.

I've read enough comments from contemporary vinyl buyers to know these problems haven't magically vanished. Some new converts to vinyl are actually surprised to discover that not all records sound equally good or are equally well-made. Welcome to the real world.

My rule of thumb for accessing sound quality before actually hearing a track has always been the closer to the master you can get, the better the sound will be. The only thing that should sound better than the master is a live microphone feed.

But then there are the exceptions - vintage recordings that have been re-mastered using Plangent Process have lower amounts of speed distortion than the original master tape. Listen to the Grateful Dead and Bruce Springsteen re-masters on HD-Tracks and compared them with the CDs to hear what a massive improvement that can be. 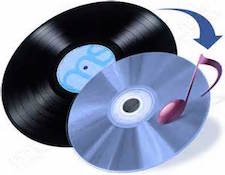 Recently I did some comparisons between my early pressing of B.B. King's classic Live at the Regal with both a CD and with a TIDAL FLAC. The listening session further reinforced my opinions regarding which format is "best." Unfortunately it doesn't translate into any sweeping generalization that I can shout from the rooftops.

First off, when I compared the TIDAL stream with my CD I could hear no discernable difference in matched-level A/B tests. This isn't the first time I've done a TIDAL verses CD comparison, and like past occasions the differences between a CD and a TIDAL stream have been non-existent on albums that came from the same source. But I can't say the same for CD verses LP, even if they were, theoretically, sourced from the same master.

Comparing two versions of Live at the Regal, CD verses LP, the stereo LP had superior depth recreation and imaging. Individual voices from the audience were more precisely placed with less homogenization. The LP also had better upper frequency extension and air as well as a slightly larger soundstage.

Midrange dynamics had greater contrast on the LP as well. B.B.'s vocals had more impact and drive on the LP and while on both formats you could hear the microphone preamp clipping during B.B.'s vocal peaks, it sounded less pernicious on the LP.

The sonic deck wasn't completely stacked against the CD - when it came to lower frequencies the CD was better. The bass was more prominent and better defined on the CD. Also the rhythm and pace of the music was more obvious on the CD, even the times when the piano and the bass fall out of the rhythm groove slightly. 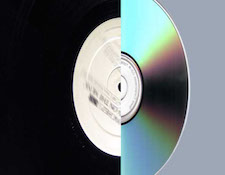 Now, it could be argued that with a different turntable/arm/cartridge combination the areas where the LP is bettered by the CD could be bolstered to the point where the LP was better in all respects, but it can also be counter-argued that with a worse turntable set-up the CD could be better all around. Obviously, if you throw money at either the digital or analog front-end their sonics could improve, but as the gear stands now my digital and analog front ends are approximately of equal value which is about as level a playing field as you're going to find.

So, what would I like to have as your takeaway from this? Simply that you can't generalize when discussing the LP/CD/High-rez comparisons. It really depends on a number of inter-related factors as to which version of an album sounds best. And in some cases you may find, as I did, that no one version is superior in all sonic respects.