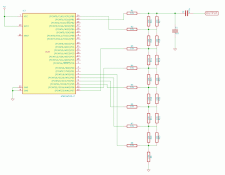 Because, as I explained in detail, an all-analog ladder DAC has none of the problems associated with more contemporary Delta-Sigma DAC's (the kind that sample the voltagein your actually-analog digital cable, convert it to a whole number or integer, then translate it back again into an approximate voltagethat can't be fractional or continuous), why, one might ask, do we use Delta-Sigma DAC's at all? After all, a ladder DAC is just a set of resistors.

As always, the theory is substantially simpler than the implementation.

For a ladder DAC to work correctly, the resistors must have very precise values relative to one another as measured in Ohms, not +/-1% exact, not +/-0.10% exact, but super exact, as close to perfect as can be made, bearing in mind that temperature can effect the value of a resistor and capacitance can slow down the propagation of the voltage. 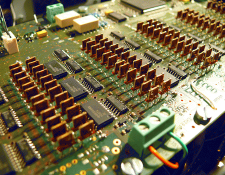 Creating resistors this precise that perform consistently gets costly, very costly, and very few people can do it particularly without hand-measuring and selecting 8 or more resistors (e.g., for 16 or 32-bit DAC's that, logically, require 16 or 32 resistorswith ever-doubling values) that happen to have perfect relative values in differing situations out of the 1000 resistors or so that might have been made in a batch.

So, while it might be useful for NASA or SpaceX, the implementation would just cost too much to sell to consumers, even ardent audiophiles who work at Google, at least right now.

One company that does use ladder-DAC technology is MSB, and their "component DAC's" don't cost as much as an Aston Martin DB11 but can run upwards of 100,000 USD. 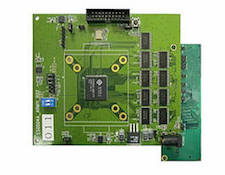 That's not bad, but can compromise performance because you combine parts to simulate a binary-weighted-resistor DAC (kind of like using two four-cylinder engines in a single drivetrain to simulate an eight-cylinder automotive engine).

I have no idea what compromises, if any, MSB employs in their possibly pseudo-binary-weighted resistorDAC's. I mean that as no disparagement. I just don't know.

When CD's first emerged, a lot of CD players used R-2R DAC's (now often called NOS designs since you usually find can't one except as New Old Stock) because higher-quality Delta-Sigma DAC chips didn't exist or were very expensive in their own right.

Schiit Audio makes the substantially less expensive Yggdrasil DAC (about 2,400 USD) that, by reputation, combines concepts from both "NOS" DAC's and Delta-Sigma DAC's. I have never heard one myself and have no specific details on its design.

Many companies, including Wolfson and Sabre, now make reasonably high-quality cost-effective Delta-Sigma DAC chips, commonly used by audio companies incorporating digital-to-analog conversion into various audio components. However, each DAC chip has its own sound, both a virtue and a vice. 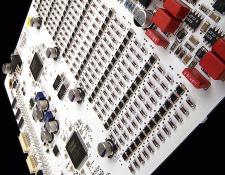 To create a unique "house sound" and/or to create even better Delta-Sigma DAC chips, some audio companies design their own DAC chip firmware and load it into an FPGA or Field Programable Gate Array, basically a blank chip that can do whatever you want with the right firmware.

Examples include the dCS Ring DAC (a DSD design originated in the SACD era) and the FPGA-based DAC chips in Chord electronics, like the Hugo and the Mojo. The good news is that you can update the DAC chip, within limits, by downloading and installing new firmware.

The bad news is that the audio company has to design and maintain their own firmware, and hardware designers are not necessarily good software/firmware developers (or vice-versa), which is part of why Roon, a software-development company, makes such great music server software than runs on many different types of computers.

Regardless, because these FPGA-based DAC chips rely on DSP, they are still digital, not all-analog like a ladder DAC, so many inherent problems remain. You can't get around this without building a true, physical ladder DAC (a binary-weighted-resistor DAC) that an audio company has to materially install in their "component DAC's". You just can't get around this.

The actual digital-to-analog conversion, regardless of the elegance of the design and precision of the ladder DAC, is just one part of "a full component DAC" as well, incorporating different total circuit topologies, types of power supplies, and various analog output amplifier designs to attain standard line-level voltages.

So keep reading, listen a lot, try to borrow first rather than buy, and keep an eye out for unconventional or "out of the box" thinking from companies such as Audio Note and MQA.