Is the Compact Disc Really Dead?

Pundits would have everyone hopefully believe the compact disc, affectionately known since 1982 as the "CD," is destined to become a memory of how music used to be. It will ultimately and unceremoniously become relegated to the same place as the 8-track tape - wherever that may be. If recent developments in two of the nation's largest retailers yields any clue, one certainly must wonder. 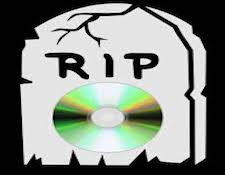 I'll admit when I read both Target and Best Buy, once bastions of CD sales, will discontinue selling them, I could not help but imagine if this was the beginning of the end of "perfect sound forever." Will it come to pass that "forever" only lasted slightly north of thirty years?

I was recently paying for some new music at what is one of the remaining few, and perhaps best known brick and mortar stores in Charlotte to purchase music - Manifest Discs. I was asking the manager how business was doing and the reply, not surprisingly, was "not too bad." When I inquired further, he did admit sales of new CD's were mostly stagnant, used CD's were robust but not especially growing, and the only real growth was in LP's, both new and used. Is this a microcosm of what is occurring across the US? Are sales of physical, hold in your hands CD's declining - replaced by the popular and ever growing practice of streaming? Probably so. 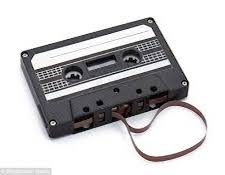 Non audiophiles have been streaming for years, we all know that. Now, in almost record numbers, those of us who practice the audio arts are looking for the next song on Tidal and hopefully finding those songs reassuringly displaying that "little blue light" - commonly known as MQA.

As one who prefers a CD copied to a music server and played through a DAC, I'll have to admit, this gives me pause. I keep wondering when I will discover the new release by my favorite artist no longer available as a hold in your hand digital format. Common sense tells me, reluctantly, soon enough, the way in which I have chosen to listen to digital music must change. My feathers potentially ruffled, I may be forced to embrace what for me will be a partly new, mostly unwanted technology. Because as sure as I am that the sun rises in the morning, the CD will soon enough be history.

In thumbing through the March print issues of tas and Stereophile, I could not help but notice there were advertisements for no less than fourteen CD players and music servers, also known by their other name, media players. Now to be fair, some of the servers, like the Aurender ads, made it abundantly clear the device also streams your favorite music. Their main mission, however, their "raison d'etre," are servers, streaming functioning primarily as an adjunct to the predominant task. On a separate front, I recently received emails from both McIntosh and Oppo announcing new CD players in the marketplace. Wait now, why bother to introduce a new component for a musical format destined for the scrapheap of history? Is it conceivably possible these companies introducing new products and paying for advertising knows something most everyone else does not? Or could it be these new components are being introduced for existing musical libraries? Does that even make business sense? 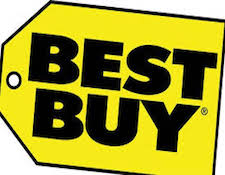 Looking at the recent developments regarding CD sales at Target and Best Buy, and considering their primary music buyer, their decision is understandable. Both of these retailers predominately market to first teenagers and secondly twenty somethings. Perusing the CD racks at both in the past times I bothered to do so yielded almost nothing that interested me. What were they selling? Bubblegum pop music, rap, some rock & roll, electronica and maybe, possibly, a little C&W sprinkled in for good measure. Classical? Jazz? Well, not so much and certainly not something from which a musical library might be built. And there's the rub, Target and Best Buy have always marketed music to kids, not adults and absolutely not audiophiles. So there is logic in their decision to pull CD's from the shelves. They could more reasonably effect additional sales by allocating the space previously used for CD's with refrigerators and televisions- something I would not be at all surprised to see take place.

For my own purposes, and I would imagine anyone who similarly prefers physical media, I have not been unsuccessful in finding and purchasing almost any CD I wanted. It would also be fair to say that my now primary source for music is Amazon. Pick out selection, add to cart, pay and two days later, my doorstep. Copy to my server and I can enjoy my favorite music in stunning reproduction from the comfort of my listening chair. More complex than streaming? Absolutely, but that is a choice I've made. 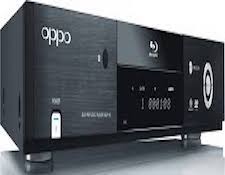 I would think it would be smart for the record companies to continue to offer a variety of formats beyond exclusively streaming. I've even seen a surprising amount of music on Amazon available as a cassette. A cassette? Didn't those things die a sudden death not long after the introduction of that "perfect sound" format? I thought cassettes and 8-tracks shared the same place in history? Gone!

I'm most likely being a little selfish when it comes to my format choices. I'm probably also being a little set in my ways, reluctant to change, whatever. I'm also not horribly inclined to start shelling out untold sums of cash to bring my streaming set up in line with the remainder of my system. So call me old fashioned, but for now, I'm not going to worry about the end of CD's. I'll keep buying them as long as they are available. Selfish? Perhaps. Pragmatic? Possibly. As long as I am completely absorbed and remarkably astounded by what I hear, I'll stick with the one I brought to the dance.