In past articles I've encouraged audiophiles to make recordings, not only to learn how microphones capture sound, but also for reference and personal enjoyment. And just like with cameras, the "best" recording device is the one you have with you right now, because reality has a bad habit of not waiting. 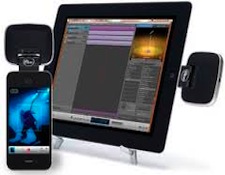 The device that insures that you always have a camera at your side is also the same device that supplies you with a quite serviceable audio recorder - your smartphone. The problem with using a smartphone as a recorder is the microphone imbedded in a smartphone isn't very good. Enter Blue Microphones new Mikey ($99.99) for Apple's iPhones. The Mikey is available in two versions, one for the iPhone 4 and a second version for the iPhone 5 and iPad. Its manufacturer, Blue Microphones, specializes in microphones and makes a wide variety of microphones for pro and consumer use, but the Mikey is their only i-product.

The Mikey is an X-Y stereo microphone capable of 35Hz to 20K Hz frequency range covering a 230-degree angle. It's attached via the lightning or 30-pin Apple connector. It features a pivoting head that allows for various positioning options, a mini-B USB input for charging your phone while the Mikey is in use, three volume settings (hi, lo, and auto), and a line input so it can function not only as a microphone but also as an analog to digital convertor for line sources such as electric guitars or keyboards. The Mikey can support digital sample rates up to 44.1/16. 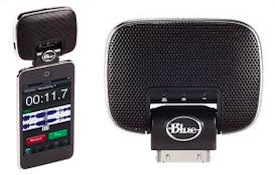 The Mikey comes with a small cloth bag and a ¼" phone to mini-stereo adapter. When connected to an iPhone any audio or video recording app that normally uses the iPhone's internal microphone will use Mikey instead. During use three LEDs on the Mikey indicate the volume level and give a visual cue if your volume settings are too high or low. During recording they proved to be essential, especially on field recordings where there won't be any retakes.

The Mikey's physical design is rugged enough to survive being sat on by anyone lighter than a pachyderm. For audio journalists and bloggers the Mikey could be just the device to improve the audio quality of podcasts and on-location interviews without increasing the complexity of the production.

For recording music I recommend using one of the two manual settings instead of the "auto" level option to avoid any pumping sounds as the auto-volume searches for the right level during breaks in the music. Also although the Mikey is separate from the iPhone, once connected the entire iPhone becomes slightly microphonic - if you rub the sides or back of the iPhone while recording with the Mikey you will hear it. For best results, set up the iPhone with the Mikey, push record, and do not touch your device until the recording is completed. 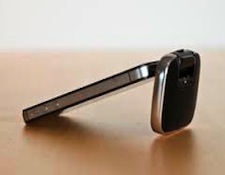 If you use your iPhone with apps such as AudioTools you will discover that the Mikey increases the accuracy of all the test tools that previously used the iPhone's internal microphone. The Mikey not only has more linear low frequency extension, but also a flatter response throughout its entire frequency range.

Although my iPhone connected to a Mikey isn't going to replace my Korg MR-1000 and Schoeps Collette microphones any time soon for scheduled live concert recording, it may supersede the Korg for all my future interviews and spur-of-the-moment field recordings. The Mikey is now part of my everyday don't-leave-home-without-it gear, because the best recorder is the one you have with you, right now.