What exactly is a media server, how does it differ from a streaming DAC, and what happened to idea of using a headless Mac mini or MacBook Pro? 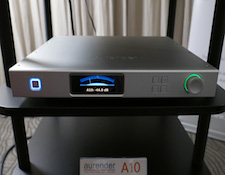 Time marches on, and two approaches related to mass storage of music files a better sound quality have evolved that should, in principle, out perform a multipurpose computer running an operating system like macOS. One approach is the stand alone music server, made largely by Aurender, that's basically a computer in a box purpose built from the bottom up for storing and streaming music in bit-perfect fashion. The other is the streaming DAC, now available from many companies like Ayre, dCS, and PS Audio to name a few, where--in addition to to the standard COAX, TOSLINK, AES/EBU, and USB inputs--you can connect an Ethernet patch cable as an inout to transfer all of the data from a "discoverable" mass storage device, like an NAS, into the DAC.

All of these methods for making digital connections use a "protocol" of some kind to carry the musical information. USB has its own protocol. COAX, TOSLINK, and AES/EBU use a protocol called S/PDIF. The protocol used by Ethernet connections, called TCP/IP, has been around for a very long time and is very well designed and debugged. As with all things audio, the cables themselves can limit the performance of the connection, but many companies beginning mostly with AudioQuest but branching out from there have designed and make audiophile-quality Ethernet patch cables that offer higher performance over greater distances and have better connectors to minimize data errors and loss and minimize the effects of ever-present timing errors known as "jitter". As a general rule, the faster the connection the better, which is why it's often preferable to use actual Ethernet patch cable to get the music stream from one point to another rather than relying on Wi-Fi. 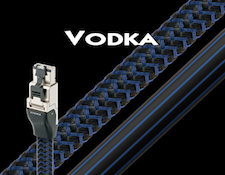 With both purpose built music servers like the Aurender devices or with streaming DAC's, the simplest and most elegant approach to provide a user interface to control the music is to build an App for a tablet device, like an iPad, that lets you view and select the music you want to play from mass storage offering cover art, different ways to sort and browse the music, and often integrate steaming music services like TIDAL Hi-Fi. This depends on having the tablet device on the same home network as the music streamer or NAS and streaming DAC, but that's OK to do via Wi-Fi because no actual musical information pass through the tablet device on the way to the DAC, just something called "metadata", which literally means data about data or information about information, not the music stream itself.

In the case of the Aurender devices, you have a 1:1 matching with each music streamer and DAC, which can hypothetically result in better overall sound, plus you can control some of the Aurender devices with a master clock, which--assuming the DAC itself can be controlled by a master clock--can improve your sound by reducing the timing errors, or "jitter", between the two devices. With an NAS, by, say, Synology, QNAP, or Melco (the only "audiophile-quality" NAS in the list), software allows the mass storage of your music to be "discovered" by your streaming DAC and a direct or indirect connection between the two devices forms where the musical information flows from the NAS into the DAC over your home network using Ethernet connections. Ethernet connections are awfully good at transferring large amounts of data without losing any bits or introducing timing errors (again, "jitter"), but the network architecture including how many repeaters, switches, or routers you use can effect the performance. 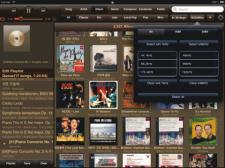 It's not that one approach is necessarily inherently better than another. It has a lot to do with the implementation including ways to avoid data loss and external noise. One main advantage of using an NAS with a streaming DAC or DAC's is that you can have a single point of mass storage simultaneously serve several streaming DAC's all over your home at the same time; although, the Aurender devices both have their own storage and can be connected to an NAS, all controlled by the same Aurender Conductor App running on an iPad, not to mention that, in both cases, if you have a live Internet connection, you can stream music in real time from a remote server farm, often called a "cloud", without actually having to purchase the music, just by paying $10-$20 / month to maintain an account with, as an example, TIDAL [Hi-Fi]. TIDAL streams MP3 resolution files that use lossy compression whereas TIDAL Hi-FI streams FLAC files using lossless compression at the same resolution as a CD, or 16-bit/44.1kHz, so generally sounds better. TIDAL Hi-Fi also supports MQA, a whole new way of compressing data and squeezing that much more of a 2" thick stream of water into a 1" pipe, speaking metaphorically. MQA is a whole separate subject and its long-term commercial success remains unknown. 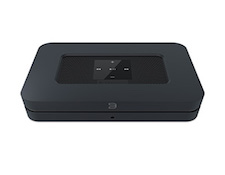 As complicated as all of this may seem, the next step up involves using distributed media server software running from a central server, like Roon. That offers a lot of flexibility and much more processing power than you can get from a few chips on the network card inside of a streaming DAC, and will remain the topic of another discussion. One thing to note is that not all streaming DAC's have to cost a lot of money. The Bluesound Node 2, at $499.00 in the USA, offers shockingly good sound from its own internal DAC whether controlled by the Bluesound App or used as a Roon "endpoint" device, and has digital outputs that can be used with an external DAC for even better sound (at least COAX and TOSLINK outputs, not USB). If you paired a Node 2 up as a standalone streamer with a vintage Berkeley Alpha Series 2 DAC and a good digital interconnect, you could get some really amazing sound for a whole lot less than what the dCS Rossini player with its external wordclock costs, not to disparage the Rossini. More to follow ...