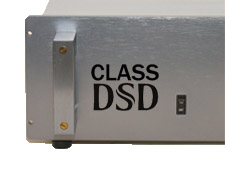 Both DVD-Audio and its competitor, Sony's SACD, failed in the marketplace, but SACD was the one that got the most love from audiophiles. I even remember when Pioneer's first DVD-Audio/SACD combi player came out, one reviewer raved about how much better SACD sounded through it than PCM did, even though unbeknownst to him that player converted all SACD signals into PCM.

Yet SACD didn't perform better. No controlled listening test ever established its superiority, and the DSD recording format used for SACD has technical issues that make it in some ways inferior to standard PCM audio -- for example, its dynamic resolution reduces (and noise floor increases) as the frequency of sound rises. Why, then, did audiophiles believe SACD was better, I asked one of Dolby's most experienced and respected engineers (and one I felt had an especially solid grasp of market realities).

"They've been told it's more analog-like," he replied with a shrug.

"But it's not," I insisted. "If anything, DSD is more digital, because every sample is just a 1-bit, yes-or-no decision rather than an actual measurement of an analog level."

Sony not only spun the story about DSD being somehow more analog-like, the company was smart enough to launch SACD with a gorgeous, overbuilt two-channel-only player that cost about $5,000. DVD-Audio launched with 5.1-capable machines that looked like ordinary DVD players and cost about $1,000. Dolby -- which at the time was run almost entirely by engineers -- couldn't understand why audiophiles preferred Sony's format and couldn't mount a successful counter-campaign.

More than a decade and a half after the launch of SACD, DSD is going through a resurgence in the form of digital downloads, and it's increasingly considered a must-have feature on DACs. Many audiophiles still consider it superior to PCM. Why? Because it's "more analog-like."

How does this tie in with high-efficiency amplification technologies? The most common of those technologies is Class D, often referred to as a digital or switching amplifier. While a couple of Class D amps have been a hit with audiophiles -- perhaps most notably the NAD D 3020 -- most audiophiles still prefer to buy traditional Class AB or Class A amps. Some audiophiles complain that Class D amps sound harsh. (I'm not denying that -- certainly some of the older designs did, and I expect there are a few current designs that still do.)

But Class D amplification is just another manifestation of the delta-sigma modulation process that SACD is based on. As with DSD, the output of a Class D amp is stream of 1-bit, yes-or-no samples. As with DSD, all you have to do to create an analog signal from the 1-bit digital stream is run it through a low-pass filter. Put bigger transistors, a bigger power supply and larger filter components on the end of a DSD DAC, as Sony and Sharp (and probably others) have done, and you know what you've got? A Class D amp.

I think it's time that the companies pushing Class D technology -- such as ICEPower (Bang & Olufsen) and Hypex -- come up with a new marketing term for their amps. Call it whatever you wish -- maybe Class DSD? -- but say it's more analog-like than past high-efficiency amplifiers. If you can say it about DSD, you can say it with equal justification about Class D.