First there was live music, then recorded physical media, then downloads, and now streaming...And while physical media, primarily in the form of vinyl, has done a "dead cat bounce" up in sales and attention, it looks as if Downloads may follow CDs inexorable march toward extinction. And why are we seeing downloads' numbers dropping? It just could be that they are caught in the middle - they are not as involving as LPs or as convenient as streams - enthusiasts gravitate toward LPs while everyone else is making a headlong rush into smart streaming playback. Downloads are neither fish nor fowl... 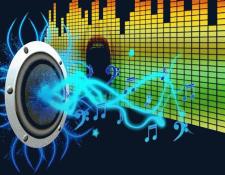 A recent article published July 10thin Digital Music News, revealed that downloads' most recent sales figures showed a precipitous drop off over Nielson's last reporting period. According to the article, "During the first half of 2018, sales of song downloads tanked 27.4% to 223.1 million, from 307.2 million during the same period in 2017.  Separately, album downloads slipped 21.7% to 27.5 million units, down from 35.1 million previously." In contrast, "Overall, streams surged to 403.4 billion during the six month period, a jump of 41.6 percent."

There are a few genres that are bucking this overall trend however - jazz and classical (and Christian and Children's music) have seen modest increases in both downloads and CD sales. This highlights the different technical and habitual behavior of these different types of consumers still have on the overall numbers and differ from the mainstream. 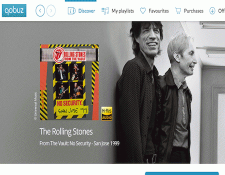 I know that my own downloading has become minimal during the last six months. While I a few years ago I used to go YouTube to see and hear music from new artists recommended by friends and acquaintances, and if I liked it get a full-resolution download. Now when a musician is recommended I go to Tidal, do a search, listen to some selections and then add what I like to my growing Tidal "library." I've also become a Qobuz subscriber, and using the cloud-based Soundiiz app I was able to duplicate my entire Tidal library into Qobuz. So far, the only issue is that while Soundiiz does permit updating playlists as they grow, so far I have found no way to update from one complete library to the other (so if I add a new selection to one streaming service it will also be added to the other.) This feature will be essential for anyone with more than one streaming service. 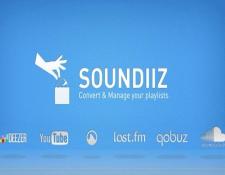 My principal complaint with downloads hasn't been the extra steps involved in receiving a download, although compared to "hearting" a selection to add it to your library the multiple steps in the purchasing and downloading are far more time-consuming and fraught with more moments of "Is it working?" But the problems of storage - figuring out where to keep the files and how to access them is my principal complaint with music files...for example, all my downloaded HD Tracks files are in their own folder, but if you play them through iTunes and have the settings for iTunes configured to arrange the files for iTunes (the default) , it will copy and move them to its own file storage folders upon playing them. The end result is a bunch of empty folders where the files used to be and new folders somewhere in the bowels of the iTunes library.

Fortunately for my lazy self Roon has made finding and playing digital files much easier since I can point Roon's "finder" in its settings section to as many folders containing music on a computer as I want and also have all my streaming library sources available as well - all discoverable within the same database and search engine. And while Roon may not have quite as deep "metadata" as you can find within most LPs liner notes, it is far better than the virtually non-existent additional info attached to your average digital music file. 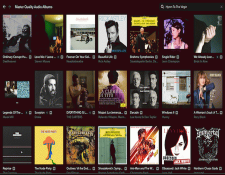 For me the primary reason for still wanting or needing a copy of every digital song or album I've ever listened to on my home computer's hard drive is to have the music if I can't or don't have access to through my streaming sources - it's sort of the musical equivalent of my own power generator for those times when the power goes out. But, during the last three years in Denver my power has gone out once - and my Internet access (I'm on a fiber-optic cable) continued as long as the battery in my modem held out...so the only incontrovertible reason for owning a digital file copy of music is if it simply is not available through a streaming service, such as all my own live concert recordings.

So, as far as I can tell, there are compelling reasons that purchasable downloads are less attractive to many music lovers than LPs or streaming sources, and those reasons aren't going away any time soon. But downloads will be inexorably slipping away, destined to eventually occupy the same dustbin of old sonic storage methodologies as Laserdisc and DVD-A...