I've often pondered what the future might hold as it pertains to high performance audio. What new technologies, what new and exciting changes might the audio world expect, and how might they be received? Maybe a logical starting point is MQA, that mostly praised but sometimes maligned format that utilizes principals that previously did not exit. Despite the fact that MQA is a variant of existing technologies, it is, after all, something new. 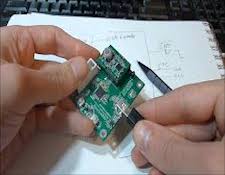 It's no secret that speaker manufacturers are constantly pushing the envelope when it comes to driver design. Any technology that makes a driver lighter, more rigid, faster, more precise, more this, less that, is ultimately viewed as a step forward. Sometimes these advances make their way into designs that most any audiophile can enjoy. Sometimes the premier designs are reserved for equipment at the upper tier of pricing, and out of reach for all but a few.

One new interesting technology currently under development involves a very thin membrane that is foldable and can convert electrical energy into mechanical energy. What is most surprising is that it also works in reverse. So not only could this material be used to convert the electrical signal from an amp into music you can hear, it can also be used in a microphone application - converting a musical signal into an electrical signal. The implications are interesting to contemplate - the same design for a microphone that records the music we love might also be used to play it back for our enjoyment. That certainly seems to suggest a continuity between the recording and playback processes.

Ferroelectret Nanogenerator, of FENG for short, is a paper thin, foldable material that very precisely converts mechanical energy to electrical energy and back. While only in the very early experimental phase, this technology has been used for research applications such as an LCD Touch Screen, LED Lighting and a flexible keyboard. Most amazingly, all of these devices were made to operate without a power source, whether by AC current or batteries - the movement of the material actually created its own power source. As the material is folded smaller and smaller, it actually increases the energy output. A couple of the more realistic applications are speakers for ear buds, and incorporating it into a cell phone that would almost eliminate constant charging, that task being accomplished simply by the movement of the phone. 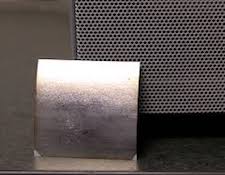 Needless to say this technology is quite a long way from replacing the dynamic, electrostatic and planar speaker designs on which modern day audiophiles rely for musical excellence - if it ever does. It is also certainly highly conceivable that as the technology progresses, the commercial use of FENG would not make its way into home based loudspeakers. What if it should? What if, just suppose, this technology or something like it subverts everything we know about speaker design? How accepting will audiophiles be and how long will acceptance take to ferment?

I myself am a perfect example. I only moved from an actual CD transport to a music server because I was running out of easily accessible places to keep CD's to play and, if I'm being honest, I succumbed to the ease and simplicity (aka-laziness) of digital playback controlled by a handheld device.  I've gone kicking and screaming into streaming, and point of fact, I seldom use streaming for anything - the one exception finding new music. My system set up is pretty traditional, I have all separate components, no playback devices are wireless, and I even opted for acoustical panels on the walls rather than using digital processing. And despite my personal opinion of myself that I love new technologies, and I do, when they are a little too futuristic or avant-garde I mostly view them with skepticism. It might be one thing to take a chance on a new and innovative computer program, but being the first to jump on board of some really out there, futuristic invention may take me some time. I would be hardly surprised if most people would not, to some degree, act in the same regard.

That said, technology will move forward. For our audio systems perhaps the more logical advancement will be the reduction of cables and wires. Speakers make the most sense with the use of an amp that transmits a signal to the speaker wirelessly, thus eliminating the need for speaker cables. Obviously, that technology exists right now, today. Is it capable of musical reproduction that can realistically challenge a mid-level, much less a world class system? In my opinion it's not even a close enough approximation to warrant a discussion. However, who knows what tomorrow might hold? 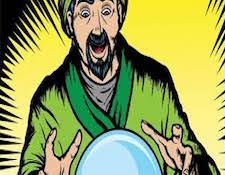 There are obvious certainties in life. We're born and we grow older. The sun rises and sets each day. We all have various likes and dislikes and technology will always move forward. I still continue to think about where the audiophile hobby will be in the years to come. What new and exciting ways to play back recorded music will there be? Will we completely reinvent the audio wheel or will we simply expound on the inventions that have come before?

If ferroelectret nanogenerator material, depending on what its own future holds, is any indication, then the future of audio, as well as the world around us should be really fun to watch.