A Sales Lesson from Bose

I'm not sure why I decided to watch this particular infomercial that day. Perhaps inane curiosity, or maybe because I had some desire to ridicule the content, or maybe boredom - I'm not really sure. Whatever the reason, I spent an entire hour, not so long ago, watching a sales pitch by two smiling protagonists extolling the sonic benefits of Bose headphones and the Bose Wave Radio. 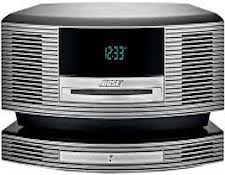 About four years ago during one of the Southeast's all to common and violent summer thunder storms, lighting apparently hit too close to my parents house and burned out the bookshelf stereo my Mom used to listen to music - or maybe the thing just died - who knows. No longer able to hear her big band and other favorites, she called and asked me to keep an eye out for a suitable replacement system. Since the holidays were not far away, I decided to hold her off and give her a Bose Wave Radio with the CD player as a Christmas present. She was of course happy to have a stereo again, but she was seemingly more enamored with the fact that she had a "Bose" system because they were "the best."

If that didn't serve as proof of Bose's marketing genius, the infomercial certainly did. Because by the time the hour had passed, I was about ready to buy one of the things myself.

About half of the infomercial was dedicated to Bose in-ear and over-the-ear headphones. Naturally, they were the best listening experience in headphones either of the infomercial's hosts had ever heard. Funny though, most of their praise was accorded to fit and overall comfort - not sonics.

It was then time for the real star of the show- the Bose Wave Radio.

"Leader in audio products." "Best sound in the business." These were but two of the accolades accorded this product. "Room filling sound." That one was mentioned quite a few times. 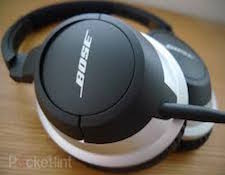 Unlike the model I gave my Mother, the new version comes with a dock to allow streaming of music over the Internet or access stored music on a computer based storage device. Well, that makes sense. Streaming is even more prevalent in non audiophile circles so having access to Internet radio with this device is only natural.

Next came the demo on how the music could be accessed through a computer. There is a Bose app that allows creation of playlists, setting favorites, and most functions common to all such devices. Then they demo'd how the supplied remote could control everything.

Placing a CD in the slot, they turned the volume up to 80% and the sales guy enthusiastically extolled, "I wish you could hear this! Can you believe this sound? (!)" The lady who was also part of the show noted that there was still 20% of the volume left. They then made a particular fuss about how the wave system offered unbelievable clarity and detail. Do tell?

But none of that was really new and exciting. What I wanted was some reference as to how that sound was created. Namely, I wanted a technology lesson. With about ten minutes left in the hour I got one.

"Our engineers specifically designed this system to recreate live music." Ah ha, now we're getting somewhere. "Nobody puts more sound in a smaller package!" "No speakers all over your house!" "You get a concert hall quality sound!" And those were the comments I managed to jot down. Trust me, there were quite a few more. 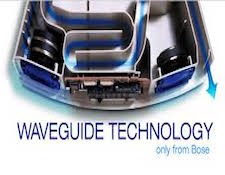 Next came the coup de grâce - the demo on how the sound wave technology worked. First, and with some difficulty, the sales guy lit two candles. He took two of the actual drivers from a Wave Radio mounted on a clear piece of plastic. He then turned on some music and held the drivers in front of the candles. Magically, the flame flickered just a little bit. "Speakers move air," he explained.

He next mounted the drivers to a second piece of plastic with two plastic tubes bent into a 90-degree shape. He held the two drivers in front of the plastic tubes and in a hushed tone extolled "now watch this..." As the music played, he moved the ends of the tubes in front of the candles and just like that (insert finger snap), the candles went out.

All right, I realize I'm being just a little condescending. Well, maybe more than a little. As an audiophile I almost feel compelled to do so. But as I stopped watching this infomercial and finished making fun of it, I also understood a few things.

One, I understood all too well that for the average person, the Bose Wave Radio is all that is necessary for musical reproduction. I mean, my Mom loves hers. Two, I realized they were appealing to the women of the house by pointing out things like a big sound in such a small product. And also noting that speakers all over the house weren't necessary. That's very shrewd. Three, and most telling, I realized that Bose was exceptionally skilled at promoting the products they manufacture - regardless of what anyone, audiophiles included, may think about their quality. That also helps explain why Bose has a sales volume most high-end companies can only dream about.

So did I purchase a Wave Radio? No, I didn't. But I sure can see how at a cost of $499.00 broken up into multiple payments many people probably would, or did. Do I consider Bose a rival to even a modest, entry-level high end streaming system? Hardly. But what they lack in sonic excellence they more than make up for in knowing how to sell it. And that's a lesson many high-end companies could learn.