When Nothing Does Nothing Sonically

I just recently finished a series of articles about exotic materials and whether they actually have any effect on the sound of a sound system. The conclusion that I ultimately came to was that some do and some don't. In making your decision on which is which, you should use your own ears. After talking this morning, though, with my friend Dr. Stephen J. Black, the renowned Canadian geneticist, I want to change that to simply say that EVERYTHING makes a difference - even if it's only the tiniest one. 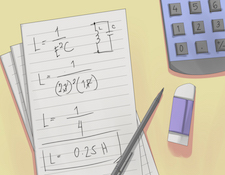 The thing that brought this about was a conversation that Stephen had recently overheard in a Canadian Hi-Fi shop, on the subject of cables: A customer had come into the store and was interested in buying some excellent speakers and the very latest VTL tube electronics. "Oh, but don't try to sell me any of your fancy cables," the customer had said to the store owner, "they can't possibly make any difference, so I'm just going to buy whatever I need from Radio Shack."

And that got us off  -- at least temporarily -- on what seemed to be the subject of cables, but was actually a matter of how people think: The customer was doing, we decided, just what the great majority of people usually do: thinking about things from the point-of-view of Cause and Effect, and was reasoning (as it makes perfectly good sense to do), that cables have no source of energy to act with; no motor to effect any action; no software to control it; no sensors to determine its effect or to provide control of its operation, so therefore, they CAN'T possibly be able to do anything at all except what they're supposed to do; which is  just to carry signal from point A to point B. Basically it seems to follow the same sort of logic as that old concept in physics that says that work is the "...measure of energy transfer that occurs when an object is moved over a distance by an external force..."  and that, therefore, if there's no movement, there's no work. 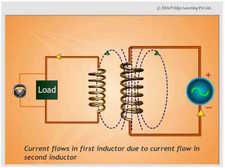 That always seems to get tangled-up, though, when we talk about a string suspending a non-moving weight: Obviously the string is the only thing that's keeping the weight from falling in response to gravity, but there's no movement, so no work is being done, so no energy is being expended, right?

But if you cut the string, the weight will fall, so it does seem as if SOMETHING is being done by the string. If there isn't, why doesn't the weight fall sooner?

Maybe, Stephen and I thought, the problem is that people who find it difficult to understand how some Hi-Fi "tweaks" (the ones that actually DO make a clearly audible difference, at least to those who are willing to hear them and not just dismiss them as "snake oil" or "placebo effect") can work  is just a matter of point- of-view:  Instead of asking how a thing can do something without any apparent mechanism for doing it, perhaps the question ought to be whether it's possible for anything to NOT do anything at all.

No, I'm NOT talking about some kind of "butterfly effect", where the wind from the flapping of a butterfly's wings is the beginning of a series of unlikely circumstances that eventually has some world-shaking consequence. Instead I'm pointing out that actually getting something to do nothing - to have no effect whatsoever on the things or processes that it is part of or comes into contact with is, if not impossible, at least extremely unlikely.

Stephen told me that in his field of biological experimentation, EVERYTHING has to be considered to be a part of the process and to have an effect on the outcome: That includes even the water that microbes or plants  live in, or that study animals drink. To ensure that its effect is as minimal as possible, he says that well-conducted studies will always specify the use of "Q" water - water that has not only been distilled, but that has then been TWICE filtered to eliminate as much particulate matter as possible.

In vehicle design - whether for racing or just transportation, one single pound more or less WILL change a vehicle's acceleration, stopping distance, and fuel economy to SOME degree, regardless of what the vehicle's total test weight may be.

Even the color a car is painted may affect its fuel economy: A dark or black car will, on a hot, sunny day, require its thermostatic air conditioner to run more of the time to maintain a constant internal temperature than would be necessary for a white one, and that WILL affect how much fuel is used

Finally, in audio (okay, now get ready to break out your torches and pitchforks), when I was a designer of high performance cables my job was NOT to get my cables to do something ("the man in the street" and the guy from AES are both absolutely right in thinking that all a cable is supposed to do is to carry signal from Point A to Point B), but to get them to NOT do anything other than what they were supposed to.

As you've seen from the cable prices asked by even the most reputable of manufacturers, that can be both fiendishly difficult and VERY expensive..

All of the EEs are right, "L" (inductance) and "R" (resistance) and "C" (capacitance) - the factors that they always point to -- DO matter and will all have their effect on whatever signal the cable may pass. What they often overlook is all of the other factors that also affect the passage of the signal: Whether it's significant or not, there IS a difference between conductor metals of different purity. There's also a difference made by the material that a cable's insulation is made of: Whether significant or not, changing nothing at all other than the insulating material WILL change a cable's "velocity of propagation" (how fast signal will pass through it as a percentage of the speed of light) by a clearly measurable (see, there it is; the Tech Boys' favorite word) degree. Depending on the signal's frequency, the cable's length may also be critical (remember all those "blackout" areas in too-long cables for video frequencies and higher) And even something as obviously impossible as the COLOR of the insulation CAN make a difference. (Some plastic colorants are made from metal oxides that can have some degree of effect on the signal: Red color, for example, may be made from cadmium oxide, and red-insulated wires from one well-known Japanese manufacturer; were found, some years ago, to sound clearly different from other wires of the same metal, the same gauge, and the same insulation material and thickness as cables of a different color from the same manufacturer.)

Virtually EVERYTHING makes a difference of some kind; it's HARD to get something to do nothing at all! The key to good design or wise equipment purchase may not always be to find the things that do the most good. Sometimes what's even more important can be finding those that do the least harm.