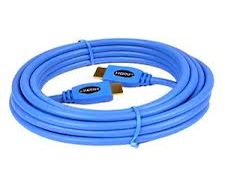 In my audio system I have a Mac Mini and an Apple Express Extreme Router that I use with an Aurender S10 music server. Recently, some sort of complication with the Mac Mini and the router arose which left me with no Internet or Wi Fi, thus making the server inoperable. After several hours of everything I knew to do I finally relented and called the Geek Squad.

After all was operational, "David" was obviously curious about my reference system. So I played a few tracks for him. His comment was that mine sounded better than anything Best Buy sold. One should hope.

He next asked about my speaker cables. He noted that he was recently in a customer's home who had a system with speaker cables that were "real fat." "But yours are so thin" he asked. I told him they were Nordost Odin and they were flat by design.

He then told me that Best Buy had a workshop about audio cables and home theater systems. Best Buy carries AudioQuest and he told me about a demo that he saw where, as he put it, "they took a piece of crap Best Buy system" and using a real cheap HDMI cable played a song. Then they changed the HDMI to the least expensive Audio Quest HDMI cable and the sound got better. And each time a better Audio Quest HDMI cable was used, the sound improved commensurately. He and everyone who heard the demo were amazed.

With so much controversy regarding audiophile cables I think this is a very telling story. For one, the test was conducted for non-audiophiles. For another, it was done using what is probably graciously considered a "mid fi" system. And anyone who has ever been in a Magnolia Show Room at Best Buy knows that only the entry-level Audio Quest cables are carried. That "David" heard incremental improvements only because of increasingly better HDMI cables seems to slap in the face all those proponents of the cable doesn't matter theory. 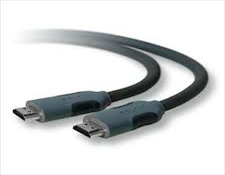 If better cables can improve, as David put it, "a piece of crap Best Buy system," what will they do for a high-end system?

No matter how much anyone bashes the science. Regardless of how many crackpot theories put forth, the simple and incontrovertible truth is that better cables improve the sound of any system, regardless of price.