In H.G. Wells' 1904 short story, "The Country of the Blind", a sighted man falls among a nation of blind tribesmen and, remembering the old proverb that "in the land of the blind, the one-eyed man is king", expects that, after he has explained to them what sight is; what its benefits are; and that he is blessed with it, he will, because of his special ability, be accepted by them as their ruler. Instead, they refuse to even consider that such a thing as sight is possible; they think that he's crazy; and, blaming the oddly non-shriveled nature of his eyes as the cause of his lunacy, they attempt to "fix" them for him, to make him more like everybody else. 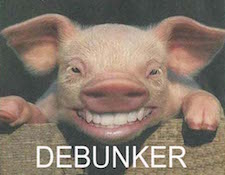 Familiar? Of course it is. As audiophiles (or "Hi-Fi Crazies", as I prefer to call myself), we are constantly exposed to exactly that same kind of behavior: People who can't hear something tell us that WE can't hear it either. "It's all 'placebo effect'" they say, and then they generously (at least in their own minds) seek to disabuse us of our "mistaken" perceptions, just exactly as those other "blind" people did in the Wells story. What we think we hear, they kindly explain, is, of course, impossible because "If it can't be measured or double-blind (there's that word again) tested, it can't possibly be real."

Well, how about this one? Some years ago, there was actually a guy who claimed to be able to look at the groove of an LP record and identify the music recorded in it. Although it HAS been authenticated, I still find it hard to believe. Even so, if he really could do as claimed, I'm pretty certain that most of us would agree that he had a very special talent and that only very few other people, if any, would ever be likely to be able to do the same thing.

Hmmmm... One person can do it. Nobody else can. Isn't that the basis of the Wells story all over again? Should we all take a vote on his ability? If the majority says it can't be done, does that make it so? What about an "expert" - a professor of something, or some kind of recognized authority on whatever subject - if he says it's impossible, and even gives all kinds of generally-accepted reasons why it can't possibly be the case, should we believe him? Should we accept his claim of expertise and reject the other fellow's claim of ability? What makes one claim better or more believable than another?

While both voting and citing expert opinion can be helpful in determining policy, neither has any bearing at all on the determination of truth. For that, all that matters are facts and, to put it most simply, "Facts are facts", and, other than to cite more facts, nothing anyone can say, no matter how eloquently, can change that. 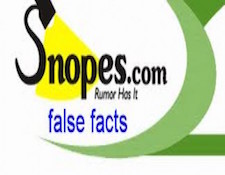 Even so, people keep on trying: Just recently, on June 22, 2015, Geoffrey Morrison posted an article on CNET called "When are expensive cables worth it?" As with most such pieces published by anything other than the audiophile press, its thesis was essentially that they never are, and its implication was that anyone who tells you or believes otherwise is either a fool, a dupe, or a charlatan seeking to defraud you, and the words he used in telling you so include "mumbo-jumbo" and "fleecing".

Interestingly, though, when forced to admit that even his own "...blind A/B testing..." has "proved" differences; that "...audio guru Brent Butterworth has done objective tests of a wide range of speaker cables that reveal subtle audible differences"; and that his colleague, "CNET audio reviewer Steve Guttenberg says speaker cables are important. [Parentheses added] ('I use Analysis Plus, AudioQuest, XLO, and Zu Audio cables in my home system,' he [Guttenberg] writes."), Morrison grudgingly does admit it, but says that "The important thing to remember is that even if it does sound better, it's such a minuscule improvement that pretty much anything else you can do will have a greater effect on the sound."

Yeah, right, it works, but it doesn't. Sure.

In any case, his real agenda is made apparent right at the beginning (in the second paragraph, actually) of his article when he says: "We've written about cables a lot, and -- for the most part -- we recommend spending as little as possible."

So why did he write the article? Perhaps he really wants to protect us from being "fleeced" by "mumbo-jumbo." It certainly can't be that he expects to wow us with facts or technical information when so very little of either is presented. Instead, his way to make his points seems to be by smug little "put-downs" like: "High-end power cables are seriously a thing. I'm not kidding. If you believe changing the power cable in your gear will improve the audio or video...I have an island I want to sell you." Not even a bridge; an island. Well, at least he's ambitious.

Other reasons for him writing what he did might have been anything from hopes of self-aggrandization to; like those blind people in the story defending their blindness, a desire to convince himself that what he says must be true; to the simple possibility that his editor had called for an article; and that unsupported "attack"-pieces tend to be easier to write and to have broader audience appeal than unsupported "positive" ones.

In any case, cables have been debunked one more time.  So what?