In the first installment of this new series on what stuff is made of, I mentioned some of the rare and exotic materials that High-End hi-fi manufacturers have used in building their products and wondered whether, other than by adding to their good looks, their manufacturer's ability to sell stuff, or their purchaser's bragging rights, they brought any actual benefits to the products we buy. I also wondered what those benefits might be. 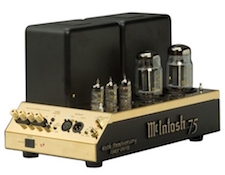 No matter what it is - whether a material, a component part, a feature, a design innovation, or even an entirely new technology - all any product improvement can ever do (assuming that it actually does do something)  is one or both of two things: it can make the product, itself, better (prettier, nicer, more ergonomic, easier or more convenient to use, more durable,  longer-lasting, etc.) or it can make the product's performance better (better-sounding, "nicer"-sounding,  more accurate; more useful in its application, and so on).  In the last installment,  I looked first at chassis plating (gold on the Goldmund "cube" amplifiers, and chrome, as used on, for example, the classic McIntosh tube gear) and I found that, while it can certainly be useful in protecting  a piece of equipment's chassis from corrosion, and possible loss of electrical contact (for grounding, etc.), I couldn't think of any actual performance benefits it might offer at all, and even said that some kinds of plating - nickel, for example - might, because of its ability to take and hold a magnetic charge, actually have a negative effect on performance.

Another material that I wrote about was carbon fiber, which seems to be used in an ever-increasing number of High-End audio products. This is another thing that, while it might offer some performance benefit in terms of strength, rigidity, or resonant characteristics to a tonearm designer, seems, for the connector "shells" on which it is so often used these days, to offer no benefit at all other than a cosmetic one. Anodized aluminum, I wrote by way of comparison, can also be quite good-looking, is far cheaper, and offers (because it's a very effective insulator that can be applied right over screw threads) the opportunity to use all-metal connectors but still keep effective conductor mass low by electrically isolating the signal-carrying parts from the rest of the connector.

At the end of the first article in this series I concluded that: "The materials used in our electronics and the mechanical and electromechanical parts of our Systems are important, and do make a difference to how they perform; to what they look like; and to how long they last." I also said that no magic, and no "eye of newt" is ever required and I promised,, over the coming installments, to take a look at what does work, what doesn't, and why. Because I had already started on the subject of the metals used in our systems by mentioning chassis plating, let's continue on metals for our System and see where it gets us. 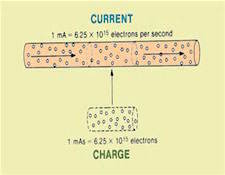 For electronics purposes, the two most important aspects of any metal are its ability to carry an electrical current (its "conductivity" or, to describe it from the other direction, its "resistivity", which is the same thing, only backwards) and its ability to take and hold a magnetic charge. Of the two, the conductivity or resistance issue is by far the more universal:

Even back before the term "electronics" existed, the telegraph was in use, and so was the electric light bulb and both of those required electrical current for operation. For the telegraph and, at least for electric lights wired to the Edison system (Tesla, Edison's rival, used AC) the current was DC - a constant current flow in a single direction (as opposed to AC, where current changes direction, forward and back, sixty times [the current US standard] each second).  To conduct DC, the only thing that matters is resistance, as Edison found when he tried to sell it to power home and business lighting systems and found that the greater the distance and the greater the amount of current that he tried to deliver over it, the more profit-destroying losses his company would suffer due to powerline resistance.

It's not just huge powerlines, though, carrying huge amounts of power to an energy-hungry economy that suffer losses; conductor resistance can limit or restrict current flow at any level in any kind of application - including you own home Hi-Fi System. 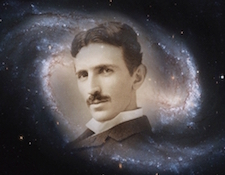 So what can be done about it? Easy: the ONLY things that will affect a conductor's ability to pass current are what it's made out of (Silver's about 6% better than copper, which is about 32% better than gold, which is some 317% better than nickel, and so on), and how much of it (both in length and cross-section) the current is passing through, with the less metal there is in cross-section or the more there is in length, making for the more resistance there will be. If you want less conductor resistance, all you have to do is either to use a better material  for your conductor(s) or make the conductors, thicker, shorter, or both. That's it.

One point on the "What's it made out of" issue that should be mentioned here is that it's not enough to just say "copper", or "silver", or whatever else: Elementally pure materials almost never occur in nature, and the metals used in connectors or for equipment chassis are no exception: What that means is that practically all of the things we normally speak of as metals are really alloys of some principal metal and one of more other metals or chemical components, and all have distinct electrical and other properties - including, some say, a different sound. Just one industry source lists thirteen different copper alloys that have been used for A/V connectors, and shows them to have twelve different IACS (International Annealed Copper Standard) conductivity ratings, ranging from as little as 15%, all the way up to 101% (rated). And that's not all; those are just the more commonly used "purpose-made" alloys that people have developed to meet particular manufacturing needs. In fact, because any impurities in any metal (even 99.99997% pure copper) can, depending on what they are, be considered to have produced an alloy, and because - at least to my knowledge - no absolutely pure metals exist outside of a laboratory environment, the number of alloys actually out there may be without limit, and each of them may have - if the believers in such things are correct - different electrical or sonic qualities, and someday some manufacturer may decide that one of them is the new Be-All-and-End-All for audio and try to sell it to you as the greatest improvement to Hi-Fi since the On/Off switch.

In any case, I'll have more to say about metals and other things next time.