How Can You Know?

I recently received the following question from a reader about an article of mine that was published some time ago. Here it is, verbatim: 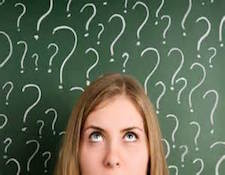 After testing some cables, I was shocked by the effect they could have on sound passing through them. Initially as I went up in cost, there were clear and discernible benefits, and no compromises (other than increased cost). Then, I was very surprised to hit a fork in the road.

Specifically, Audioquest Gibraltar and Analysis Plus cables. Differences in resolution, tone, speed. Each had plusses and minuses, as I perceived it.

The question: How does one calibrate oneself to the 'truth' ?? i.e. be confident that one has achieved the goals you describe above - passing signal with no additions & no subtractions.

As I told the questioner, that's a great question and a genuinely great concern that, when I still owned XLO, we, even as manufacturers, had to deal with every time we tried to set up a new dealer.

The fact of it is that, just as home audiophiles do, dealers always try to make their demonstration systems sound as good as they can, and that, just in itself, can make for the possibility of problems:

The first, of course, is that what the dealer thinks is "good" may simply not be the same as what we do. If the dealer has some one particular favorite musical characteristic - dynamics, for example - and sets up his demonstration system for maximum dynamics and its handmaiden, maximum transient speed, it may very well blow him away, but - if he demonstrates it too loudly (as dynamics fans often tend to do), it may also blow his customers right out the door, never to be back.

The second and probably more important potential problem is that he, like everybody else, will assemble his system to sound best using the products that he has on hand. For a dealer that means, of course, the products that he sells, and that makes for potential difficulties both for manufacturers of other products who want to sell to him, and for his own customers. 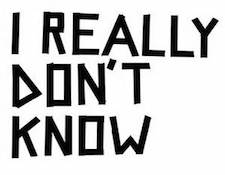 Perhaps the biggest of those difficulties arises from the simple truth that the only way we can ever listen to any audio product is as part of a complete system. You can't audition an amplifier without a source component and something -- speakers or headphones -- to turn its output into sound. Similarly, you can't, no matter how carefully you listen or how well developed your listening skills may be, just hold a pair of cables up to your ears and know what they sound like: They, and every other audio product have to be installed in a system for you to be able to hear them at all, and doing that will always mean that what you are hearing is not just the particular component you want to audition but the entire system and even the room that you're hearing it in!

And that is where it starts to get interesting: Suppose you put together a system and it sounds distorted. What can you do to find the problem and fix it? That's fairly easy: If it's not that big glob of crud on your phono stylus, just check all of your connections for problems and, if you can't find any, start substituting components until the distortion goes away. But what if the system sounds great? Should you just accept it and be glad? How can you be sure, as that reader asked, that it really IS great, and not just a lucky combination of complementary flaws that are there, but that are all canceling each other out, to make the system sound neutral when it really isn't?

The fact of it is that "complementary flaws" do occur, and CAN - sometimes (if we know about them) even on purpose - correct system problems. A "too-bright" (excessive high frequencies) this component can compensate for a "too-dark" that component, with the result being (for just those components, configured in just that way, in only that room) a perfectly neutral-sounding tonal balance. Or an overly "etched"-sounding ("analytical") component can offset one (often called "musical") that "smooths-out" details. Or vice-versa. But the truth still remains that cancellation and exaggeration IS going on, and the system is not truly "neutral", but only sounds like it is.