I spent this morning wrangling cable. No, I wasn't trying to lasso calves. Instead I was collecting, sorting, listing and then boxing up cable. The purpose of all this was part of my moving process - I had a 30-year accumulation of cable I've collected. And unlike past moves when extra cable just got relegated to a shelf in the garage, my new home will be a downsize from my past domiciles so there won't be the space for that kind of deep storage, so if I hadn't used it recently (like in the past three years) the cable had to go. 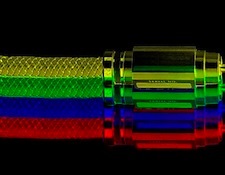 But how do you deacquisition cable? One of my fellow writers at The Absolute Sound had an ugly experience a couple of years back when during a move he loaned/gave some old cable to a "friend" who helped with the move. The stuff ended up on Audiogon and the writer had to pay full list price for the cable to make things right. I do not want that to happen to me.

My solution to avoid any potential issues was relatively simple; I contacted my editor at TAS, Robert Harley and asked, "What should I do? What's the policy?" He called me back with a plan - first contact the manufacturer and see if they want the cable back, on their dime. After all, even obsolete cable has value for scrap and hardware. If the cable manufacturer doesn't want the cable back it will be sent to TAS corporate offices in Austin, TX. At that point the cables are no longer my responsibility. I like that. I have no idea what will happen once the cables arrive in Texas, but as Tom Leher used to sing "Once the rocket goes up, who cares where it comes down - that's not my department said Werner Von Braun." 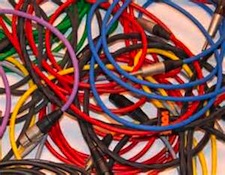 So far I've generated five good-sized boxes of cable. Three of them are full of a single manufacturer's wares and one of them has cables loaned to me fourteen years ago when I moved into my current home. I guess I do hold onto some things for a while.

Some cable is being thrown away - I mean how many generic USB 2.0 cables does anyone need? Five? Ten? Fifteen? Well when it comes to cheap, USB cables, I had a drawerful, ¾ of which are now in a circular file. I also had a mess of generic Firewire cables that joined the extra USB cables in the trash. If only there were some way to go "poof" utter a magic word and turn the USB 2.0 into USB 3.0, but alas my magical powers are limited in this regard. 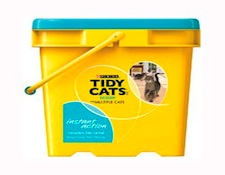 And then there's generic AC cables - I have two Tidy Cat Plastic 40 lb. kitty litter buckets full of these things - all thicknesses and lengths. And no I'm not going to throw out most of them, no I'll keep the ones I might need and dispose of the rest at a "Moving Sale" I'm planning for sometime in January (just to make sure only serious buyers attend, having the sale in the middle of winter is a swell idea.)

I know, you're thinking, "I should have such problems," well I can't help it if being an audio reviewer is so full of glamour.