The basic purpose of this series of articles has, from the beginning, been to take a look at some of the things (materials, mostly, but also techniques and technology, as well) that go into our systems to see if they really do as claimed, in the way that's claimed, or if they're just pure hype or clever labeling of ordinary (and possibly even irrelevant) stuff for no purpose at all other than to sell us more stuff for more money. 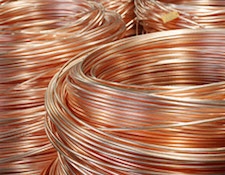 One example that I found to be of little value to High-End audio (except possibly - but only possibly - to designers of phono tonearms) is the carbon fiber that's so often, so expensively, and with utterly no benefit not available from materials far cheaper, used in "shells" for our connectors, trim for our cables and components, and other, often purely decorative applications. Another example that I just wrote of in the last couple of installments is the ultra-pure metals quite normally used as the substrate for Large Scale Integrated Circuits ("LSIC"s); in the manufacture of High End cables; and even in the crossover networks for High End speakers. I and almost everyone else (other than compulsive trolls and unbelievers) believe those to be of value, although perhaps NOT (as I conjectured in my last two articles) just for reason of their extra purity.

Although, after those earlier articles, I promised that this time I would write about something other than metal, there is one subject, at least partly metal-related, that I want to touch on before going on to other things. That's "the myth of quantity", and, although you may never have heard it referred to by that name, I'm sure you're familiar with it: 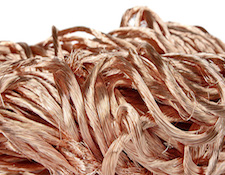 It's the type of thinking that automatically assumes that "more is better" without ever wondering if "more" i's even a valid criterion at all. One good example that immediately comes to mind is a truly superb pure class A amplifier that was rated at 75 Watts into 8 Ohms; sold for just US$1,295; and ultimately failed in the marketplace because potential buyers (usually newcomers to our hobby) looked at its rated output; saw that they could buy other amps rated at 300 Watts for the same price or less; and didn't buy it in droves. What they didn't realize was that its power output (like that of many of the very best amplifiers) was under-rated to begin with (actually more like 100 Watts into 8 Ohms), and that (like ONLY the very best amplifiers) it doubled with each halving of the load impedance, all the way down to well below 2 Ohms, which - even assuming that the 75 Watt stated output figure was all there was, actually gave it (8 Ohms = 75W, 4 Ohms = 150W, 2 Ohms = 300W) the same 300 Watts as its competition, but with vastly better sound quality. Interestingly, even if just sheer brute loudness was the buyer's goal, a 300 Watt amplifier, on any speakers at all, is, because each doubling in power gives only a 3dB increase in loudness, just 6dB louder than one of 75 Watts

The example involving metal has to do with the "stranded" or "Litz" wire that I wrote about last time. If you follow the audio press or even read the ads on the internet, you must certainly have seen cable companies offering - and even bragging about - cables made up of as many as HUNDREDS of individual strands of wire per each signal-carrying "leg" (= one side of a circuit). According to those companies, the more strands, the better... But WHY? 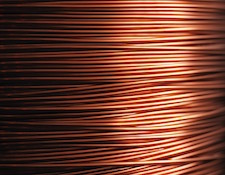 It certainly can't be because smaller individual strands means less "skin effect" phase shift. It might, if the overall gauge (AWG) were large and the strands were individually insulated, like Litz wire, but for ordinary stranded wire, all of the individual strands are touching along their entire length and act as just one single conductor, with exactly the same skin effect phase shift as a single conductor of their total combined gauge would have. And even with that being the case, as long as the maximum frequency to be passed is 40 kHz or less (as much as TWICE what we normally consider to be the audio frequency band) there will be NO measurable skin effect as long as the overall gauge of the conductor bundle is 21 AWG (0.0284" diameter) or less.