You See What You Want To See

In his 1971 album and animated film The Point, Harry Nilsson has the Rockman -- a character who, whether or not he is stoned in any allegorical sense, is actually a pile of talking stones -- say to Nilsson's protagonist Oblio (and, of course, to his dog Arrow) that, "You see what you want to see and you hear what you want to hear." 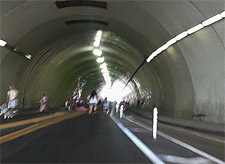 When that album came out, I bought it and thoroughly enjoyed it, but other than being blown away by such songs as "Me and My Arrow" and "Think About Your Troubles," I failed entirely to understand what it was trying to say -- especially about seeing and hearing things.

The first time that I was (forcibly) made to understand that was probably a full 20 years later, in 1991 or thereabouts, when I walked into the classical record department of the Tower Records store in Brea, California, and proceeded to not notice my girlfriend, who had, by coincidence, also decided to go to the same store at the same time. When, after we had been in the same small room for several minutes and I had neither said anything to her nor given her any other sign that I recognized her, she came up, slapped my face, and demanded to know why I was being such a blank and what she had done to blank me off.

The truth of it was (although it took me a good long time to get her to even say that she believed me), that I hadn't expected her to be there and could -- and did -- for that reason, look her directly in the eye and not recognize her.

I've found that same sort of thing to happen with other people and in other activities, as well. And -- not saying that the records at Tower weren't hi-fi -- where it seems most to apply to hi-fi is in a certain narrowness of focus, both auditory and visual, that either allows or may require us to, in fact, "See what we want to see and hear what we want to hear.

With LPs, the most common example of that is our ability to simply not hear clicks, pops and surface noise that might otherwise distract us from hearing what we do want to hear: the music. It works the other way, too, allowing us to hear a single voice in a chorus; a single instrument in an orchestra; and even (on a good system) understand the voices in the background on Pink Floyd's Dark Side of the Moon album.

Perhaps the most important effect of this for serious hi-fi crazies (although I'm not so sure that it's a good one) is that, once we've discovered a flaw in the sound of our system -- too bright, too dark, too "musical", too "accurate" (yeah, I know, but those are the words the reviewers have forced on us), or too weak or too strong in anything at all -- that flaw will inexorably continue to grow in our perception until it is, in effect, all that we can hear until we find a cure for it or replace the offending component(s).

It's the same thing visually. Take a look at some of the photographs of systems posted on the audiophile groups' pages on Facebook. Do you notice how many of them are set-up just plain wrong, in a room that's (usually) much too acoustically "hard," with the speakers either too close together or too close to the back wall, or too close together and  too close to the back wall? Oh, and with seldom a rug or carpet on the floor at the speakers' "first bounce" point. The owners of those systems could see those problems, if they were willing. But for space reasons, for wife reasons, for aesthetic reasons or simply because they'd rather spend more money on new speakers, cable, or electronics than make the necessary other changes, they don't see the problems, so the changes go unmade.

There is one case of contextual blindness, though, that reminds me even more of the incident with my girlfriend at Tower Records. The designers and engineers who make and professionally use audio equipment know that there are many different kinds of resistors, capacitors and inductors, employing a vast array of materials. They carefully specify not just the resistance (R), capacitance (C) and inductance (L) values that they need, but also the construction of the parts that they want to use to get those values. Yet they blithely ignore their own specific practice and experience when they say cables are affected only by their values of R, C and L, and that no other factor, including the materials and construction factors makes any difference at all.

Of course, they do exactly the same thing when the discussion turns to cable lifters and other accessories.

It makes me want to go over, slap them in the face, and ask why they are such blanks and what cables could possibly have done to blank them off!