Writing About Audio For Love and Money

Up to now in this continuing series, I've talked about audio reviewing; what's necessary to be able to do a good job of it; and, at least to some degree, how to actually "write" a review that will be interesting and informative to your "readers" and that (if you're good enough), will even entertain them as they read it. 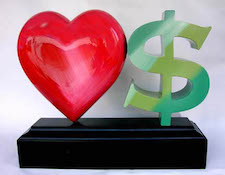 I've also said that a "review" is any kind of statement, made by anybody at all, at any time at all, about any audio system, piece of audio gear, or related item at all ("software", listening rooms, etc.), that comments or draws conclusion about its performance or quality, either verbally or in writing. That's why I, just now and in various places throughout all of these articles, have put certain words, including "review", "reviewer", "write" and "readers" in quotes: Just about anybody can be a "reviewer" and just about anything can be a "review".

In this current article, though, I want to concentrate on reviews by people who actually are paid (in one way or another) for reviewing, and who do it, usually in writing, for a regular publication that's in business to make money, whether it actually does or not.

First, though, I want to say something about the publications, themselves. Audio publications, whether they are print-on-paper magazines or internet blogs are "enthusiast" businesses. That means that not only are they intended to be read by audio enthusiasts, but the odds are overwhelming that they're owned by audio enthusiasts, too. That's important to understand because the fact that the owner is an audiophile may be the only real reason why the publication continues to stay in business. The old saying that "the way to make a small fortune in audio is to start with a large one" seems to be especially true for audio magazines and blogs, and the number of them and of the people who read and subscribe to them seems - like the number of "brick-and-mortar" hi-fi dealerships in the United States - steadily declining. Even if they are profitable (and a good many are not), many don't show what economists call an "economic" profit. That means that whatever their operating profits may be, they fail to exceed their owners' "opportunity cost" of doing business - the amount of money that they COULD have earned by keeping their "day job" or by devoting the same resources (the same amount of time, money, and effort) to some other business. 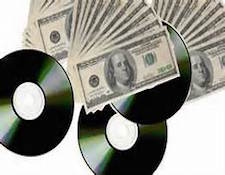 It's the same thing with reviewers, too. For a reviewer to "self-blog" may pay a reviewer as little as nothing at all, and most of the on-line publications pay what, when calculated by the number of hours required to prepare for and write a review, may amount to even less than the legal minimum wage.  Even the very best reviewers, writing for the best-paying audio publications, still get paid less than they could earn by writing about other things for other outlets.

So why do they do it? Why do the writers write and the magazines and blogs publish? That's easy: they or their owners are audiophiles and music-lovers and gear-head Hi-Fi Crazies, and it's their hobby and it's fun and a labor of love. There's even a certain amount of prestige in being able to tell your fellow Hi-Fi Crazies (and even some outsiders) that you're a reviewer and, of course, while you're reviewing them, you also get to play with all kinds of new and interesting toys and goodies - possibly even including some so expensive that you might never be able to experience them otherwise..

Now here's another question about publications and reviewers, and it has to do directly with an accusation that's been going around for years; that keeps popping-up; and that I heard again just recently: WHY WOULD SOMEBODY WHO'S IN IT FOR LOVE, PRESTIGE, OR SOMETHING ELSE OTHER THAN MONEY, EVER BE WILLING TO TRADE GOOD REVIEWS FOR ADVERTISING DOLLARS? 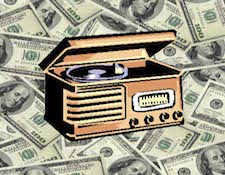 You've heard it, too. Every once in a while, people drag out the tired old charge of "payola" and accuse the publications or the reviewers who write for them of having no integrity and of "whoring-out" their praise either to increase their publication's advertising revenues or so that the "pubs" or the reviewers can keep the equipment they review without paying for it. Well, I've been a reviewer; I've been the editor of Sounds Like...News; and I've been (For XLO, the cable company I founded) a buyer of advertising and a placer of goods (our cables) for review, so, when you add-in the writing that I do now, it should be pretty obvious that I've seen the manufacturing, advertising, publishing, and review processes from all sides, and I will tell you outright that, except possibly in the rarest of all possible instances, REVIEW PAYOLA SIMPLY DOES NOT EXIST!

The reviewers and publications care too much about their own reputations and future business to EVER allow the issues of reviews and advertising to mix. That's why most publications keep their publishing (the business side) and editorial (the review and opinion side) departments completely separate, and why, SMART MANUFACTURERS LEARN VERY QUICKLY THAT EVEN TO MENTION ADVERTISING IN A PUBLICATION IN RETURN FOR A GOOD REVIEW MAY RESULT IN THAT PUBLICATION REFUSING TO EVER REVIEW THEIR PRODUCTS AT ALL!

The one case of attempted payola that I do know of came while I was a reviewer for Sounds Like... After sending their latest model in to the magazine for review, the Marketing VP of a company that manufactured certain exceedingly expensive CD players contacted the reviewer that player had been assigned to and told him that if his review was sufficiently glowing and if the company's product was pictured on the magazine's front cover, he (the reviewer) could keep the sample player after the review had been published. The reviewer, on hearing this offer, was so offended by what it implied about both his own integrity and that of the magazine that, instead of doing as he had been asked, he contacted Jeff Goggin, Sounds Like...'s publisher, to tell him what had happened. Then Goggin, similarly incensed, contacted the company, told its top management about the proposed swap, and started a process that ultimately resulted in a written apology to the reviewer, a straight, unbiased (but still quite favorable) review being published by the magazine (It was, after all, a great CD player), and the company's Marketing VP being fired. 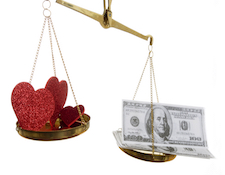 Not only was the attempt to buy a good review with free goods unsuccessful, but it was basically stupid: In the hands (or at the ears of) a competent reviewer and an honest publication, a good product will certainly (except for the odd matter of taste or personal preference) get a good review, as it did in this case. And if the product is NOT good, why would any reviewer want to own it, even for free? And, - even on the promise of an advertising contract -- why would a publication risk its reputation, the ultimate source of it ALL of its revenues, by publishing good reviews or ads for bad products or for products that don't work?

Not only the fact that the writers and the publication-owners are audiophiles, but simple common sense work to keep the charges of corrupt reviewing practices from ever being true. And that's exactly as it should be, and a major part of the reviewing process.