Why Hi-Fi Really IS the Best Hobby Of All

Although like so many other things these days, I can't remember who to credit for it, many years ago somebody told me an incredibly wise thing about hobbies. "For a hobby to be successful," he or she said (or maybe wrote), "it must be able to accept all or as little of whatever it is that you want to put into it and always be satisfying but never be finished." 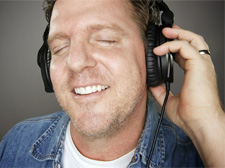 Think about it: If all of those things weren't true, would you still be an audiophile? Would you ever have been one? What if you had an abundance of time or money or intelligence or creativity or something that you wanted to devote to a hobby and it simply couldn't take any more? Wouldn't you find yourself looking for another hobby to devote yourself to? Or what if you only had very little of those things and, though your hobby took all of whatever you had to offer, it couldn't be satisfying without more? Wouldn't you also find yourself looking for some other avocation?  What if it gave no satisfaction at any level? Wouldn't you be long gone? What if, on the other hand, you set out to achieve perfection of whatever kind and, by whatever standard you chose to apply, you actually achieved it? Wouldn't that spoil everything and have you out there, once again, looking for something else to do?

Among the truly wonderful things about hi-fi as a hobby is that it really will take as much or as little of an investment as you want to put into it and still be satisfying. For a young person with only very limited funds, a pair of the Andrew Jones Pioneer $129 speakers, a cheap new receiver (or maybe even a just-as-cheap-but-used better receiver) and a low=-cost new or used CD player can make for great fun, good sound and vast amounts of satisfaction. (Here's a hint that will have many of you nodding your heads in agreement and others throwing rocks at me and disagreeing completely: The sound quality difference between the very cheapest CD player and the very best is nowhere near as great as the potentially huge difference in price, so the advice I always give to people who ask me is either to buy the very cheapest CD player they can find or the very best one they can stretch their budget to afford, but never, ever, anything in between.)

The other side of that same coin (or actually, a vast pile of coins) is that if you can afford it, there's no shortage of violently expensive Burmester, FM Acoustics, Veloce, Jeff Rowland, or Dan D'Agostino electronics, dCS CD players, megabuck cables and accessories, and ear-filling, room-filling hundred-thousand or multi-hundred-thousand dollar speaker systems that you can go play with. And that's not even considering the cost of the architect-and-acoustician-designed and fortress-built room to house them in. Big buck systems are satisfying, too.

But it doesn't even have to be money. The way I got into hi-fi was by building, first Heath and then EICO kits, and there are hundreds of thousands of others all around the world who are investing their time, their knowledge, their creative genius or even just their effort in building their own systems, from kits or even from scratch. And, as with money, they're investing it in whatever amount they want, from just a little bit, just occasionally, to a full-blown round-the-clock obsession. And all of those ways of doing it are satisfying, too.

You don't even have to own a system to be a hi-fi hobbyist. There are plenty of guys out there who, like sports fans, read about their hobby, collect literature and/or statistics and love just knowing about, following and being able to get into (often spirited) discussions of the "game" without ever once having the need to actually play it! I'm willing to bet you'd also be absolutely amazed at the number of people in the industry who are perfectly satisfied getting their hi-fi jollies at work, and don't even have a system at home!

Actually, hi-fi has two characteristics about it -- two "crowning glories," as it were -- that put it far ahead of almost any other hobby on Earth. The first is that it can be enjoyed in an almost any way imaginable, with people deriving satisfaction and having bragging rights from anything from how new and expensive their system is to how old ("classic") and/or cheap (what a great bargain) it was. They can crow about having tubes instead of solid state, or the other way around. They can feel hip or enlightened or superior because their speakers are bigger or smaller than those of their pals, or because they're horns or panels, or something weird, like plasmas, or innovative, like "bending wave" drivers. Or for that matter, because they have more (or fewer) drivers than thou, whatever their number may be. They can be analog fans (much better than digital) or digital-lovers (a lot better than analog!). They can even be into mono, instead of stereo. (Have you seen the new $2,000 mono cartridge that came out recently?) And they can even claim (like Al Whoever, that buddy of the other guy) that it images better. Instead of "doing" hi-fi, they can just talk or write about it. And if they publish a hi-fi magazine, they can declare themselves qualified to review stereo equipment, even if they have only one functioning ear. (Yeah, that really happened.)

What other hobby can even begin to offer such a broad range of enjoyment possibilities? And there's still that one more "crowning glory" to go. In no other hobby that I know of -- not sports, not cameras, not guns, not motorcycles, or art or anything else at all do you find, as you so often do with audiophiles, people arguing about the facts of their hobby. Nobody argues about Joe DiMaggio's batting average, because they can just go and look it up and get a firm and absolutely reliable answer. Camera buffs may argue about which lens is better, or which film, or whether film or digital is the better choice, but they never argue about whether there's any difference between them. In hi-fi, we do it all the time! "Yes, cables 'sound'/ No, they don't!" "Yes, lift 'em off the floor/ No, it's all nonsense!" "Yes, (fill the blank) rules!/No, it's all BS, snake oil and voodoo!" "Yes/ No" "You're a Troll!" "No, you're a sucker!"

Ain't we got fun? Hi-fi really is the best hobby in the world!