For the last seven installments of this continuing series, I've been talking about various aspects of audio reviewing. In the course of it, I've said that reviews ARE necessary because we all want to buy the very best products available to us, but it's physically impossible for anyone, no matter how committed, to personally audition all - or, really, even a small percentage of all -- of the products on the market. I've said that any time anyone describes and critiques any audio product or system, whether verbally or in writing, that qualifies as a "review, and I've set forth what I believe to be the three most basic requirements for a good one:  "(1) The 'reviewer' must, both in terms of his own capabilities and those of his reference system, be able to perceive and judge a product or system's performance; then (2) he must apply some standard for rating it; and finally, (3) he must be able to communicate what he has found and decided to other people in a way that they will be able to understand and benefit from." The first six articles I wrote for this series were about the first two of those requirements, and the seventh article got into the third requirement, talking about the two different basic types of review ("objective" and "subjective"); describing the types of information each provides in its purest form; and saying that, because test numbers can help us quantify a product's performance, but not really tell, without any necessary interpretation, what it actually sounds like, I prefer a review in words, that will describe the sound for me directly,  and that will offer test numbers only as or if they're absolutely necessary to make some specific point. 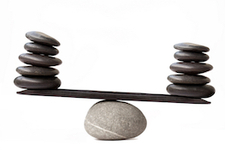 In this article, I'm going to talk about those words and begin to tell you how they can be used to make a review as comprehensible, believable, and useful to their reader or listener as possible.

Back in the days when I was just an interested audiophile and had no industry involvement whatsoever, whenever I and my friends talked about audio gear, the first thing we were likely to say about any piece of equipment was that it was either "wonderful" or "dogmeat". There were variations, of course, but our first comments were always flash impressions; always exaggerated; and always colorful. Because we were having fun and not at all worried about any actual impact our words might have, we followed closely in the tradition of that (possibly Chicago) newspaper that, in reviewing the movie "The Wind and the Lion" however many years ago, wrote only the eleven words "Would more aptly have been named 'The Wind from the Lion".  Doing that made us feel "hip", witty, and sophisticated, and we only got into more accurately descriptive language later, in what might well turn into hours of further discussion. 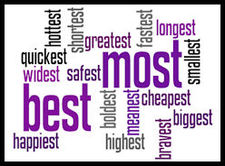 When I became a reviewer for Sounds Like..., something strange and completely unexpected happened to me; I became a Statesman:  On seeing that just one perhaps excessively negative review by another, much more well-known reviewer, actually resulted in the manufacturer of what I thought were some really-quite- good-for-the-price speakers going out of business, I came to understand that whatever I wrote would be seen - and possibly even believed - by thousands of other people, and it changed me, entirely. No more "wonderful" or "dogmeat", and no more writing something just to be cute or to score points. From that point on, I recognized that my words had actual power and I purposely set-out to keep that power in check.

One of the ways in which I did that was to make sure that if what I wrote erred, it erred to the "generous" side. That's not to say that I would tell readers that a product was good when it wasn't. What it means, instead, is that if the product had a negative point that had to be made, I would make it, but I would also be sure to find and comment on what was good about the product, too. And, even when negative points needed to be made, I would make certain that people understood that those negative points were about the product, and NOT the company or its designer. In short, I did the same thing that I Harry Pearson had done in reviewing the original Klyne SK-5 preamp: He said that it was very good but not perfect; enumerated both its strengths and what he thought were its weaknesses; and concluded by saying something like "Even with its flaws, this is a very fine first commercial effort from a new company. I look forward to great things to come from its gifted designer, Stan Klyne".

Being truthful and appropriately generous DOESN'T mean not being easy to read or not, when you can do it without disrupting the thrust or the tone of your review, being witty or funny. People will only learn from what you write if they read it, so anything you can do to make your work easier or more fun to read is probably a good thing.

What's NOT a good thing is the use of either superlatives or hyperbole (which can, at times, be the same thing, but it's a fancier word): There are three main reasons for this: the first is that, in audio, similar products in similar price ranges tend to be similar, and the differences you're likely to be talking or writing about are more likely to be small than huge. If you write about them in the proper scale, people will likely think you both wise and reliable. If you don't, you WILL lose credibility. The second is also a matter of scale, but for similar products in different price ranges: If you describe a $500, piece, a $5,000 piece, and a $50,000 piece all as being spectacularly good (or spectacularly bad) without being very careful to put each in its own specific context, people will have no idea at all of what the word "spectacular" means to you or of what it should mean to them; your review will confuse them rather than  giving them useful information; and, again, you'll lose credibility. The last reason is still a matter of scale, but of a different kind of scale, entirely: Hopefully (and even actually in most cases), our hobby and the industry that supports it evolve over time, making real progress toward a real goal. If you describe a thing as "magnificent", "exquisite", "state-of-the-art" or "wonderful" today, what are you going to say about it or its successor in the future, when it's gotten better?

I'll have more to say on this same very important subject next time;