Trying To Reason With The Question Of Why

Having a hobby is for most folks not all so unusual - that one defining activity that piques their interest and occupies some part of their free time. For instance, I know a man, now in his mid sixties, who since the eleventh grade has been passionate about antique cars. He has devoted countless hours to looking for antique automobiles and effecting their restoration. Some of his restored automobiles have won awards in car shows. For him, antique cars are more than a hobby; they may best be characterized as a passion. Does that sound somewhat familiar? 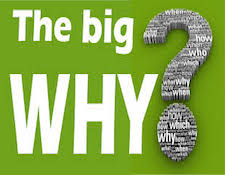 I have been enamored with luxury audio since I was fifteen years old. That's forty-three years. I'm certainly not alone in that as there are many audiophiles with far more years of devotion than myself. Still, forty-three years is a long time to be devoted to a simple hobby.

I've written about various aspects of Audiophilia but I have always avoided one central question: why? What is it about listening to music that means I'm not happy unless said music is reproduced to a particular standard? Why am I so endeared to this particular hobby? Why luxury stereos as opposed to any number of other things I could do with my spare time?

When the attendance of audio shows is examined, it becomes painfully obvious that these shows are not attended by the masses - likewise, nor is our hobby. At AXPONA in April, for instance, when I was getting the rental car, the agent asked what brought me to Chicago. I told her the audio show being held at the Westin. Considering that the hotel was only ten minutes from the airport I found it unusual she had no inkling what I was talking about.

That really speaks volumes, does it not? Is our hobby so pervasively obscure that no one else that Friday at the car rental counter happened to mention the audio show being held just around the corner? Let's face it; our collective passion is not widespread. Proportionally, the number of audiophiles pales in comparison to those that could be. If our numbers are fairly small, it perhaps makes the central question of why even more puzzling. Because on some level, the explanation of our hobby seems like it should be more than just enjoying music. Almost everyone likes music but not everyone is an audiophile. Were that so, I suspect Mp3 would have been dismissed as a failed enterprise many years ago.

I have asked myself on numerous occasions what was the defining factor that day in 1972 when I first heard a high performance audio system. Why did that system exert so firm a grasp on me and not really my other friends who heard it at the same time? 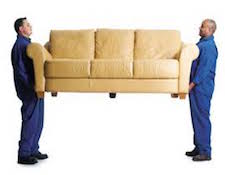 As with any hobby, dedications levels vary. I have helped three friends set up systems in their homes. Of the three, only one has shown any interest in what might be possible. For the other two, the status quo is more than sufficient. They have a system they like, whose sonics are enjoyable, and works within the confines of their home and family.

For my two friends, they won't likely be upgrading anything any time soon. For my other friend, and for myself, the question of what's next is often asked. Best of all, none of us are wrong in our devotion to luxury audio. This is not a correct and incorrect scenario. This is a hobby and its practice is enjoyed to different degrees based on one's own interest.

"Why" is a particularly difficult question to sometimes answer. It is not terribly unusual to like or do something just because you like or want to do it. There doesn't have to be a defining answer and it is also likely that others won't really understand one's motivation anyway. I've had a fair number of people hear my system and regardless of how impressed they might be at the time, they easily leave my home and think little else about high-end audio. And that's okay. I only know that my interest in Audiophilia is firmly rooted in experiences, hopes and desires that have lived with me for many years, if not a veritable lifetime. I don't need to answer the question of why. Maybe a better question is why not?

Recently, I was talking with a manufacturer and he told me a funny story that is an ideal commentary on our hobby. When he was in high school, his parents left him home alone for a couple of weeks while they went on vacation. Upon the realization that he had the house to himself he started thinking what if? He called his girlfriend and asked her to come over. When she arrived, they went down into the basement whereupon she asked him; "now that we're down here what do you want to do?" I'll say she asked "sheepishly" for dramatic effect. "Are you kidding!" he replied? "I want to move the furniture, roll up the carpet and see if the sonic signature of the room has changed!" Using the acronym LOL is not only symbolic it's literal.

Why is a perfectly simple question to ask and often a difficult one to answer. One option is to use the answer so often used by children - "I don't know." Or perhaps a long dissertation of all the perceived reasons used for justification. At the end of it all, maybe every audiophile asking the question of why should just roll up the carpet and see if the sonic signature of the room has changed. Because in the case of high performance audio, "why" is perhaps a conundrum best left for another day and more likely, a hindrance to the sonics we all so enjoy.