So You Want To Be A Second Set Of Ears?

In Part 7 of this continuing series I said that an audio review can be either "objective", "subjective" or a mixture of both, using both test numbers and descriptive words to communicate a reviewer's thoughts to his audience.  Because, ultimately, both the words and the numbers are just there to provide an idea of how the product or system under review sounds, and because - except where I might, for some technical or professional reason, require specific quantification of some aspect of the sound - I said that I personally prefer to see or hear a review in words, which I can accept directly, rather than one in numbers, charts, or graphs that I would have to interpret. To my personal way of thinking, I said, only such specific test results as are absolutely necessary to make the reviewer's point or to explain some vital issue should ever be included. 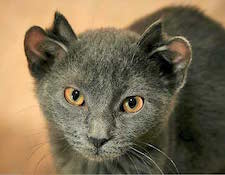 In Part 8, I picked-up from there and began the process of looking at ways in which the words of a review could best be used to make it as comprehensible, believable, and useful to its audience as possible. In doing that, I also described something that happened to me when I first became a published reviewer: I developed a sense of responsibility for the consequences of what I wrote, and I determined never to abuse whatever power or influence my reviews might give me.

One of the ways I did that, I said, was to make sure that if they ever erred, it was to the generous side - not by saying that a product was good when it wasn't, but by making sure that they always included ALL of my thoughts about the product I was reviewing, both positive and negative and that, where there were negatives to say, to make sure that they were fair; were presented along with whatever positives the product might have to offer; and were only about the product under review, and NOT about either the company or its designer. That, I said, was what the late Harry Pearson did, and I urged you to do the same.

But just being truthful and generous, I wrote, isn't sufficient in itself to catch and hold the attention of an audience or to cause people to believe what you say and want you to say more of it. Neither is being overly technical (talking or writing in words or concepts "over the heads" of your audience), nor being either too "dry", too "cute", too effusive in either your praise or your criticism, or too... almost anything at all. 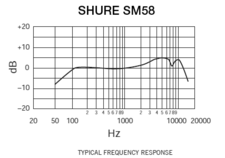 The fact of it is that in reviewing something, what you are really doing is accepting the responsibility of becoming - for that one product in that one instance - your reader or listener's surrogate, either in listening to a product that's not available to him or, if he's already heard it, in providing a "second opinion" that he will bear in mind when deciding what to do or think about the product in question.

It may be that he's trying to decide whether or not to actually go somewhere and audition it; it may be that he wants to know what others think before making a buying decision, or - especially in the case of products that are very new, unaffordably expensive, or even just peculiar or unobtainable - that he's simply curious and wants to hear what someone who has actually heard it has to say. Whichever the case, what he wants from you is information, stated in a way that he can both understand and relate to, and that is what you must be sure to provide.

NOT including numbers, charts, and graphs (Remember that we're talking about WORDS here), there are still two completely different kinds of information that you can give him: 1.) You can tell him what you heard, and 2.) You can tell him what you felt about what you heard and/or how it affected you. Either one of those can be fine all by itself, or you can try to do both. If you do, though, WARNING: YOU MUST BE VERY CAREFUL TO KEEP THE TWO SEPARATE IN YOUR WRITING AND IN YOUR AUDIENCE'S PERCEPTION: To say that "the (product) presented a broad and deep soundstage, extending well beyond the speakers on both sides and far into my listening room" is descriptive and communicates what you heard in a useful and believable way. To say that the soundstage was "thrilling" also communicates usable information, but of an entirely different kind: The first statement describes what you heard; the second tells how you felt about it. If you wish to, you can certainly say both, but to try to use the language of the one in describing the other is always to either fall flat or to lose credibility. 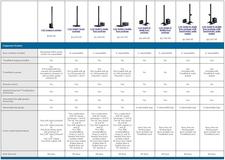 That mistake may even be a major reason why subjective audio reviewing is held in such little regard by so many people: Even if you WERE thrilled by it, for you to say that the soundstage was "thrilling" when you're trying to describe what you heard would be just as meaningless to anyone other than yourself as to say that the soundstage extended far to the right and left of the speakers would be if you were trying to describe how the product's performance affected you emotionally. And worse, it would open the door to verbal excess and hyperbole. Even the word "very" can be dangerous if it implies an emotional response when just the facts are what you're trying to communicate.

For whichever kind of information you're trying to get across, USE THE RIGHT LANGUAGE! And if you're trying to communicate both kinds of information, SAY BOTH THINGS: "I was thrilled by the _____________'s ability to present a broad and deep soundstage; this extended well beyond the speakers on both sides and far into my listening room" is a perfectly fine statement and no one can mistake your meaning.

When you are reviewing for other people, what you're really doing is temporarily standing-in as a second set of ears or a second set of feelings for your audience. The good reviewer will understand the difference and write accordingly.

More on reviewing, but from an entirely different perspective next time.