Should We Care What People Think of High-End Audio?

Paul Wilson's recent column defending the health of the audio industry reminded me of what people have often said about one of my other almost-lifelong interests: jazz. 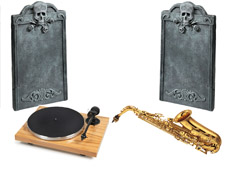 I've been reading audio magazines and jazz magazines since about 1976, and people were questioning the commercial viability of jazz way back then. I remember as a teen (and budding jazz guitarist) reading a column by some pop-culture writer in the Chicago Tribune talking about how jazz is dead and its fans should just move on to ... I dunno, Donna Summer or whatever the big hit was at the time.

They're still saying it. When they're between Kanye West albums and desperate for something to write about, pop music journalists routinely dust off the "jazz is dead" meme. We can find rambling blogs in which artists vent about the state of jazz today. If the music-industry mags write about jazz at all, it's usually with an air of dismissal, inspired by the fact that jazz records barely sell, even in comparison to other neglected genres.

I read that Chicago Tribune column in the late 1970s, when the author was probably in his 50s. So he's probably dead. But jazz is very much alive.

Open an issue of JazzTimes, and after you've finished reading the excellent audio column, check out the huge number of new releases reviewed in the back pages. Look at all the ads for jazz festivals and cruises. Check out the ads for jazz schools. The magazine's May issue features reviews of 41 new jazz releases and includes a list of 173 jazz festivals coming up in the next year -- and that's just in the U.S. 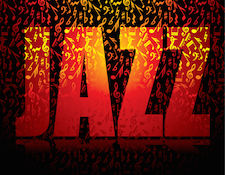 Considering that every issue of JazzTimes reviews more interesting-sounding albums than I have time to listen to, that jazz artists continue to tour as much as ever, and that jazz clubs can be found in every major city, I couldn't care less that most people have no idea what's going on in jazz. It's always been there for me, and it'll still be around when I die.

In the same way, I don't care what most people think about high-end audio. Why should I?

Like jazz, high-end audio has always had people who proclaimed it dead. In fact, one of the first letters J. Gordon Holt received when he founded Stereophile insisted that hi-fi was just a passing fad. 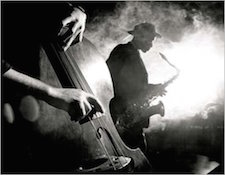 Yet like jazz, the high-end audio industry has many thousands of dedicated, talented practitioners who continue to innovate. Like jazz, high-end audio supports numerous websites and two print magazines. There are probably more consumer audio shows now than ever before; I think it's safe to say there's one within a day's drive (or a cheap flight) of any resident of the continental U.S.

And like jazz, high-end audio doesn't require a colossal infrastructure to support it. Both fields boast a huge number of small-scale producers and DIYers who are happy to pursue their passion whether or not it makes them much, if any, money.

High-end audio, like jazz, isn't going away. So why should we worry that most of the public is listening to cheap headphones, wireless speakers, or even just the microspeakers built into their computers and tablets? Why should we care if they criticize what we do? The fact that they don't get it is their problem, not ours.