At the latest Apple Developer's conference Apple announced changes are coming to Apple Music to make it more user-friendly (natch) and better curated. But with all the new features one that was not mentioned once was sound quality. The question that comes to mind is, "Does sound quality not matter?" or "Does everyone (at Apple) just assume that good sound quality is already a done deal?" 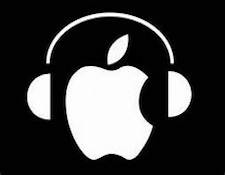 As Pono has shown us, merely offering better sound quality by itself without offering a complete and simple way to access and enjoy that sound quality is doomed to failure. Sound quality must be part of the whole package. The other part must be a way to access music that is easy and intuitive. Music downloads have, even after years of existence, still not become simple, easy, or intuitive. And keeping, populating, and protecting a digital music library isn't something that can just happen. It requires some thought and planning, which while not difficult, can be time and storage consuming and more work than many "music lovers" are willing to expend.

It used to be much easier to sell sound quality by itself - merely get someone into a prime listening chair, play some music they know and like and Voila! game over. But nowadays if you can get someone into a chair and if you can get them to sit still and disregard their incoming texts for a few minutes, you might still be able to win them over with a song or two. But getting a listener into that chair in the first place is nearly impossible these days since the number of retailers who can properly display high-performance audio are in a minority and those that exist are only in major population centers, not the hinterlands. 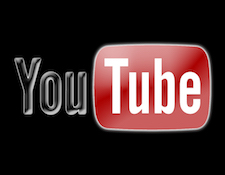 With the growth of personal audio it can be argued that everyone has the potential to listen from a prime listening position via a portable player. But convincing someone that it's worthwhile to plunk down $500 to $1500 for a high-performance music player is a tough sell if their current listening device is a smartphone and a pair of freebee earbuds. But with the advent of a new generation of small DACs that can be powered by even a low-powered smartphone, such as the AudioQuest Black and Red, it may be that even a dedicated player won't be absolutely necessary for musical satisfaction. But those freebee earbuds need to go.

When you combine cheap or free earbuds with smartphones and MP3 files you have a perfect recipe for mediocre sound. Even if you do up the QC level by playing full-resolution 44.1/16 WAV or AIFF files, once they've gone through the "filters" of a smartphone's player app and a pair of earbuds the sonic improvements brought by a better source can be swamped by the medium to low resolution playback system. And there are a lot of people all over the world whose primary music system is earbuds and a smartphone. 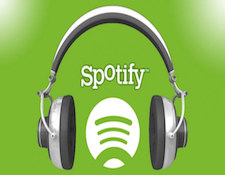 If you're just going by only the numbers, your "typical" listener who might subscribe to Apple Music may not be able to discern an improvement over MP3 files. But if that is true, then the only way to lure them away from a free stream is to offer a curated and more fully featured streaming service with superior ergonomics. The question is whether that is enough to lure sufficient numbers of listeners over to Apple Music so as to make it a profitable venture. And will any of that profit filter down to the music's creators?

Obviously as an audiophile I would vastly prefer if better ergonomics were combined with superior sound quality. So far only Tidal and QoBuz have stepped up to full-resolution FLAC streaming. And eventually Tidal will begin to offer MQA-encoded high-resolution music. That, I hope is a one-two punch (an ergonomically elegant system and good sound quality) that will bring a complete audiophile experience to any device capable of connecting to the Internet. That could, all by itself create a groundswell of music lovers who can hear the difference and pay for that difference. 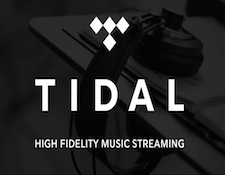 But in the meantime we are, in the words of Stealers Wheel, "Stuck in the middle with you." And that you is Pandora, YouTube, Spotify, and perhaps Apple Music, none of which offer the sound quality necessary to satisfy audiophiles.