I just finished an article by Steve Guttenburg where he puts forward the argument that accurate sound doesn't lead to better sound. For me his arguments were the audio equivalent of an anti-vaxer. He see's downsides to modern formats but he totally misses the primary reasons for less-than-perfect home music reproduction. 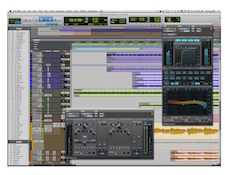 I'm old enough to have done these same comparisons with early CDs, and I thought the first-gen CD sound was simply awful - harsh, amusical, and after about 30 seconds, unlistenable. But having heard many of these same early CD releases on modern contemporary digital devices, I have to conclude that much of that early awfulness was caused by the components in the playback chain - specifically CD players and metal dome tweeters. 14-bit devices with brick-wall filters did not handle high frequencies smoothly and speakers with metal dome tweeters that sounded fine with slow-rise analog sources could not handle the much faster rise-times, the additional treble information, and the larger dynamic peaks of early digital without adding ringing and distortion. Of course CDs sounded worse.

Near the end of the article Steve writes, "Maybe it comes down to this: Making gear that's more accurate and/or measures better isn't the same as making better-sounding gear." 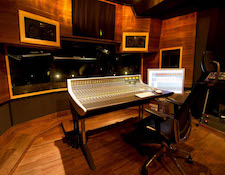 Perhaps it's too much to expect someone who doesn't make recordings to understand that using accurate recording gear and recording accurately doesn't guarantee good sound, it only insures accurate sound (as defined as a low-distortion replica of what each microphone transmitted to the recording medium).

For lack of any better definition, for his article Steve defines "good sound" as interchangeable with "realistic" sound. But by assuming that a higher resolution format should, by its very existence, create "better" sound is silly. It's true that each new higher-resolution format has the potential and technical resources to produce a lower distortion result, but like any tool, its use must be perfected by end-users. Only through use can "best practice" techniques be perfected. Like most engineers who went from analog recording to digital, I had to readjust where I placed my microphones - without the added "ambience" of tape-scrape-flutter I had to move my microphones farther away from sources to get the same sound. That was the sort of thing you could only discover by doing it, listening, and then making adjustments.

There are a myriad of reasons why most contemporary recordings do not sound "realistic" according to the old The Absolute Sound paradigm of "real instruments playing in a real acoustic space," beginning with the fact that with most modern pop recordings there are few acoustic instruments and most are recorded "dry" and/or close-miked, not with the acoustic envelopment of a natural acoustic space. Also what a producer needs to do to get the best performance from musicians (especially less disciplined young players) is often diametrically opposed to techniques that will get the "most realistic" recordings. 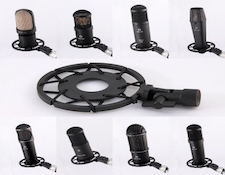 Direct-to-disc, done with a single pair of microphones, with no overdubs, sounds gloriously realistic. But when you tell a musician that there will be no way to correct clams because of the recording technique, they will not take the same musical risks as when they know they can "fix" mistakes later. That makes for boring performances. This is just one example of a case where the most realistic way to record is not necessarily the way to get the best, most exciting performances.

High-resolution recording formats are only one aspect of the ongoing process towards higher fidelity recordings. Without experienced and knowledgeable recording engineers to explore and push the limits of these new formats it's unlikely that end-users will hear what these new formats can accomplish. Unfortunately, unless recording becomes once again a profitable enterprise instead of a loss-leader to reinforce touring, it's unlikely that many pop music engineers will have the impetus (or funds) to learn and perfect new techniques to improve recordings, even though they have the tools to do so.

Steve Guttenburg, its easy to blame the tools of recording and conclude that higher resolution doesn't make for higher fidelity, more realistic recordings. But when you begin to look at why's and how's behind these recording tools and how they can be misused, answers aren't as simple as you might like...and the faults lie not with the formats, or tools of recording, but in the hands, minds, and ears of the people using or misusing those tools.