Power On or Power Off, Which Is Best?

Being an audiophile means, among other things, critically listening to music. Additionally, we read equipment reviews, demo products, visit dealers, attend audio shows and look for music. I suppose if one has the desire and ability to build their own equipment, that qualifies as well. 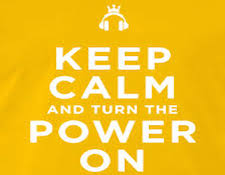 I've read in a number of different places the pros and cons of leaving equipment on all the time versus turning it off when not in use. Traditionally, I've turned my system off when I'm gone. I don't necessarily listen to it every day despite how much I might like to do so.

I decided I would do a scientific test to see which option worked better for me -- on all the time or turned off when I'm not using it. I say scientific, but for those who are expecting some quadruple-blind A / B / X / Z test performed while the moon was full, sorry, I'm just not that scientific.

What I decided to do was listen to music as normal. Whether I played digital or analog made no difference. Listening sessions, as they generally do, would last a few hours to maybe an afternoon. At the end of each listening session I would power down the entire system. I would do this for one month.

Then I would turn everything on and leave it on for one week. During that week I would not listen to any music whatsoever. Just let the thing sit there and stew. Get good and warmed up.

Then I would repeat my month-long listening test except this time without turning off the power. My listening sessions would be just as they were before.

About halfway through my "very scientific," power-on part of the test, a friend came over to watch a ball game and listen to music. I started out by playing an album. Only one problem: Somehow, the phono stage was off. I'm not sure how it got turned off or how long it had been that way. I turned it on just before the tonearm made it all the way down to the record. Immediately we both noticed that things sounded a little flat. Me, the audiophile and wannabe scientist, managed to bungle up the experiment.

When I switched to digital, my friend yelled "wow, what a difference!" Admittedly I had to agree. The digital sounded worlds better. After about an hour, I played the album a second time. The difference in sound quality was astonishing. My friend remarked, "That sounds a lot better." So what was it, sonic trickery or the product of the phono stage warming up for an hour?

The other aspect to my very scientific test was the utility bill. How much extra money would it cost to leave the system on all the time? That one is a little hard to judge with only two months of comparison. I did notice that my power bill increased during the power-on phase. However, that came at a time when the typical "dog days of summer" were in full swing. With my A/C running all the time, how much of the increased power bill could be attributed to the system?

My very scientific test, flawed though it probably was, yielded some interesting results. I discovered that I was able to immediately enjoy the music far more as opposed to waiting for things to improve. Something I would not have noticed had I not conducted the experiment. That alone was worth the price of admission. It was also unnecessary to take the time to turn everything on. And if I get the ancillary benefit of longer life in the capacitors then it's a win all the way around. So I'm now a convert and leave my system powered on all the time. 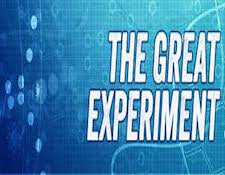 My conclusion is that in my system there is a fairly significant warm-up time that has to occur before optimal sound is achieved. Turning it on cold and listening to music for a couple hours was not sufficient to adequately warm things up to produce the best sound quality. So for that time frame, and again in my system, power on all the time wins out hands down. Your actual performance in your system may vary.

I'm sure there are hazards to never turning off an audio system, namely lightning. Something we tend to have in great abundance in the South in the summer. I also cringe on those every so often occasions when the power company changes generators and my power flickers off for just a second. I also worry that I'm being overly reliant on a power conditioner with overload protection. Despite the hazards, real or imagined, for me, power on wins.

As far as the power bill is concerned, I couldn't really tell a difference and frankly, I'm not concerned. You know what they say; you can't put a price on pleasure.