How Much Does A High End System Cost?

Low End, Mid Fi, High End, Entry Level and Reference Level are all easily recognizable audiophile terms. Not so long ago a non audiophile friend asked me "how much do I have to spend to have a high end system? For what was probably awkward silence I pondered the question and came up with a profound answer. "I don't know." 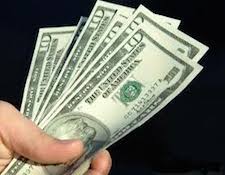 Harry Pearson is often credited with coining the term "high end" as it applies to audio. Mid Fi is the logical expansion of the description of something less than a high end system. Low end is what I would call an iPod or some similar device. Entry level and reference level, at least to me, are both more closely tied to cost and equally to performance of a high end system. Nowhere in all of this is there an actual dollar amount level for each.

Wikipedia defines high end audio in part as "a class of consumer home audio equipment marketed on the basis of high price or quality, and esoteric or novel sound reproduction technologies." I'll go with that because it sounds absolutely correct. Where does this definition define high price? 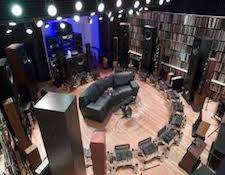 I looked and I have yet to find a delineating, definable dollar amount that separates mid fi, high end and if accurate, the high end subset entry level and reference level. If one goes to a mass merchandiser or similar retailer, and purchases what we commonly term a mid fi system, the cost would typically range from about $500.00 to about $1500.00 depending on the mix of components. So does that then mean that if someone spends more than $1500.00 they automatically have a high end system? The answer will likely be quite varied.

Some systems need no definition and there is no ambiguity in what they are. A $250K system with world class components is obviously reference. So is that to mean that a $50k system is not "reference?" Ask the person with the $250K one and they may very well say no. But there is no doubt that a $50K audio system is very expensive and can produce remarkable sound.

What about the terms themselves? Mid Fi, High End. Those terms could be easily changed to something else. For fun, call them medium performance and high performance. Even if those terms are more descriptive of the type of sound produced, it does nothing to identify cost. So how much do we have to spend to get something better than a mass merchandised stereo system?

Awkward silence followed by profound answer... "I don't know." Depends largely on whom one asks. The person with the $250K system many have an idea of a dollar amount well north of the person with a mass merchandised system. But the answer becomes more difficult still if the costs are reduced. If an $11K system is considered high performance does that mean that a $6K system is not? I'd wager to bet that the person who worked and saved to get the $6K to buy their system would jolly well consider it high performance. 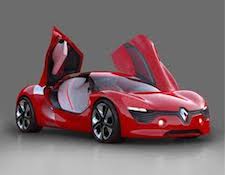 Sports cars have the same problem. Say sports car and you immediately think of something small and really fast. These days, just about anything that is small, light and has less than four doors is a sports car. But I've driven some big, heavy four door sedans that were positively scary fast. So what best defines a sports car- size, performance, cost or all three?

There are no hard, fast rules carved in Paleolithic granite that tells us how our systems, and their related costs are best defined. Perhaps there should be. It would remove a lot of guesswork, indecision and possibly even disagreements if there were dollar amount levels for each grade of system. If you spend "this to this" it is medium performance. "This to this" gives you an entry level high performance. Additional cost breakdowns could be set to define mid-high performance and finally reference level.

This is likely not a realistic idea, however. System descriptions are thrown around so interchangeably that they hardly have any real meaning any more. Add to that the fact that manufacturers are making better sounding equipment at lower costs. "Reference" is a term that is used so ubiquitously that it hardly holds any real allure. Tell an audiophile you have a mid fi system and they may well smile, and say "how nice" but they'll be thinking something far different. Tell a non audiophile you have a "reference" system and they probably won't even know what you are talking about. Admittedly, terms used in high performance audio are just not all that descriptive.

So for the time being, at least, how much one spends for an audio system and the term that best describes it's performance level will continue to be cloaked in ambiguity. Unless you spend truly, profoundly, huge sums of money on a system, the terms will continue to be interchanged, misunderstood, and an opinion of the owner. An opinion not based on any, as yet established, identifiable data or measured definitions. Just an opinion. And everyone knows what is said about an opinion. Everybody has one.