Does Our Hobby's Future Lie In Advertising?

Advertising. The mere word sparks contempt and derision in the minds of the average consumer. We are bombarded by ads in every single area of our lives. In the 1970s, the average hour-long television program had about 50 minutes of program and 10 minutes of commercials. Today, that balance has shifted to about 45/15. 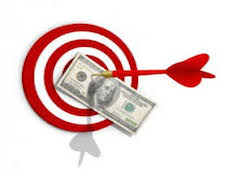 Anyone who peruses the Internet finds advertising everywhere. It is almost impossible to select a link on something of interest, particularly a video, without having to first watch a 30-second commercial. Billboards, junk mail -- electronic and physical -- attack us daily. Even on a recent plane trip the flight attendants were hawking a US Air credit card. It seems there is just no end.

Many of us try to evade advertisement to as much a degree as possible. The DVR has become a very useful tool in television commercial avoidance, but still requires the user to fast-forward through the unwanted parts. Dish Network, a few years ago, unveiled the Hopper, a system where commercials were simply skipped over on a recorded program. The networks were so incensed they filed a lawsuit to prevent its use. One must guess that the networks don't mind if you fast-forward through a commercial because you still see something, however quickly. What they cannot tolerate is the complete avoidance of advertising.

At a recent football game, I was seated next to a guy who was also watching the game on his iPad. It was really interesting to watch the game live as well as what was being broadcast. During commercial breaks, as the ads for cars or whatever played on my neighbor's iPad, the players sometimes just stood around. Occasionally, some members of the opposing teams even talked with each other. Without commercials, a three-hour football game could likely be played in about two hours. 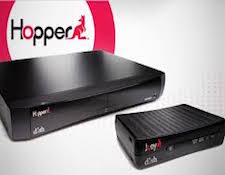 So what of advertising for high-end audio components? This brings up a conundrum in me personally. I go to long lengths to avoid advertising as much as possible. Yet at the same time, I think high-end manufacturers are not doing as much as they can to advertise their products.

Obviously, it would be good to introduce our hobby to the younger generation and to those adults who are non-audiophiles. How may this be best accomplished? It seems unlikely that a substantive change in the participation of our hobby may be realized without some measure of advertising. How better can we spread the word?

Audio websites and print magazines rely on advertising to generate income. That advertising is essentially and specifically targeted to those interested in and reading the magazines and websites themselves. So basically, audiophiles.

When was the last time anyone remembers seeing an ad for a high-end manufacturer somewhere outside of the audiophile community? I suspect the answer ranges between seldom and never.

I see luxury audio manufacturers as being in a Catch-22 position. While they would love to advertise in greater abundance, they cannot for one simple reason. Cost.

Whatever the ad costs may be in our more popular audiophile websites or print magazines, they probably pale in comparison to the costs associated with placing an ad in the mainstream media. Just look at the ad budget for McDonald's, for instance. However, targeted ads may be the perfect outlet for an industry such as ours.

If you've ever watched a golf match, you've probably noticed that a fair percentage of the ads are for luxury cars, expensive watches and investment companies. Does that therefore mean that people who watch golf have incomes that allow the purchase of more expensive items? Sure looks like the networks and advertisers think so. Would something like a golf match be a viable place to run some sort of ad promoting luxury sound reproduction? Or perhaps some  similar demographic outlet?

Now we come back to that elephant in the room: cost. High-end manufacturers have historically been small companies, started by one visionary. Our most revered manufacturers were never multibillion-dollar goliaths. But as more historic and noted audio manufacturers are purchased by conglomerates, and have at their disposal the benefit of larger financial reserves, could more widespread advertising be a possibility?

While I cringe every time I see yet another ad for acne medicine while I'm trying to watch the evening news, I must admit a few high-performance audio commercials on television would be welcome. As an individual, I might be able to introduce a few of my neighbors to luxury audio. In fact, if all audiophiles adopted such a practice it would greatly benefit our industry. As an individual, however, I cannot ever hope to reach the number of people as targeted, mainstream advertising can. Regardless of where they run, or how they are run, more ads may well be the best available method to promote our hobby to the uninformed.

All that needs to be done is figure out how to pay for the effort. And there's the rub.