Are You Missing Something?

Recently I went from listening through a $13,000 DAC system to one costing only $2,500 and I survived. Yes, the intent here is satirical, but if you look deep down into your audiophile heart you may find, as I often do, that one of your biggest fears might be that you could become so addicted to the hyper-expensive stuff that you can never go back to an audio component that was affordably priced, ever again. 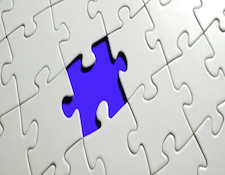 This nagging feeling that if you get used to a certain level of sound, a lesser level will become unacceptable, is well founded. Many times during my time as an audiophile I've had that "Oh Crap" feeling after hearing something that was so much better than anything else I'd heard that I was forever marked by the experience. The first time I heard Harry Pearson's IRS system in Sea Cliff was just such an event. When I heard the original Apogee Full-Range system at a Boston Audio Society meeting was another watershed audio experience.

Most audiophiles I know have had similar "conversion" experiences, which for many were so perspective-altering that the event irrevocably changed their lives forever.

But, getting back to that nagging fear that "affordable" will forever be outside the realm of possibility - there are some components that are less likely to ever reach upper echelon excellence at an entry-level price - those are components that require more precision machining and perfectly spec'd parts to operate optimally, or in other words - turntables.

Turntables require a great deal of custom and precisely machined parts that a manufacturer can't just order from a parts catalog. And while there are some fine entry-level turntables available, which handle records kindly and have some degree of set-up optimization, no one would claim that anyone's basic entry-level table has the same level of sonic performance as their finely tuned flagship model. There is simply no way to do it.

When it comes to digital electronics there is no readily-apparent reason other than the lack of any economies of scale that DACs need to cost over five figures to be sonically excellent. I've heard a number of recently released DACs all priced under $2,000 that sounded as good as I've heard any DAC sound - these include the Aurender "Flow", Geekout V2, and the NuPrime DAC-10. Granted, none of these DACs have thick luxuriant front panels or gold-plated knobs, but they all did digital conversions with a level of finesse that rivaled many DACs I've heard in the past that do sport golden appendages. But then again DACs don't require a slew of custom machined parts with precise tolerances to perform well - almost all the important stuff is done with the circuitry and software. Yes, precisely-matched resistor ladders aren't inexpensive, but compared to the cost of machining a chassis out of solid aluminum, a resistor ladder network still isn't a part that turns a $2000 DAC into a $20,000 one. Sure, there are R&D costs to amortize on DACs, but they simply don't have the same requirements for precise and expensive-to-make physical parts that have a direct effect on the sonic outcome as turntables.

The "numbers don't lie" crowd will tell you, with great assurance, that cables are all the same and they should all be cheap, cheap, cheap, but the fact of the matter is that top-tier parts that go into premium cables not only cost substantially more than the entry-level stuff, but the cost of labor that goes into fabricating many top-tier cables is many times more expensive - not only in assembly time required, but the costs of employing workers with the necessary skills required to assemble premium cables. Unfortunately for those on tight budgets, handmade premium cables will never be inexpensive unless they are old enough, if human, to have attended college. 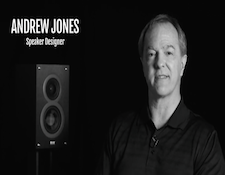 And then there are speakers, which once more rely on the quality of their physical parts. As Andrew Jones has proved with his entry-level designs for Pioneer and now Elac, it is possible to build an entry-level speaker that performs at a high level. But to do so, Jones needed all the advantages that come with international mass-production and economies of scale. At the other end of the price spectrum there are companies such as Wilson, Magico, and YG, whose offerings are essentially bespoke-made, with every part either made in-house or by specialist OEM manufacturers in limited numbers. The products from this kind of a manufacturing process will never be inexpensive.

And what's the takeaway from this? I think audiophiles should consider that some top-tier component types, such as turntables, tonearms, and phono cartridges will always remain expensive, while others, such as DACs, offer many less costly options that deliver high levels of performance. And then there are loudspeakers, where you can find high-performance options at affordable prices, but depending on the manufacturer, some options will still always be expensive.