And the Members of the Panel Said...

I had the pleasure, on Sunday, May 31st, to be the producer of the "Legends of Audio" seminar at the 2015 T.H.E. Show in Newport Beach, California. The moderator for this event was Robert Harley, Editor of The Absolute Sound, and the truly remarkable expert panel included (in no particular order) Arnie Nudell (founder of both Infinity Systems and Genesis Technologies); Bob Stuart (Boothroyd-Stuart Meridian); Tim de Paravacini (Esoteric Audio Research); Paul McGowan (PS Audio); and Bascom King (Reviewer, bon vivant, good friend, and designer of more great equipment for more great brands than we will probably ever know). 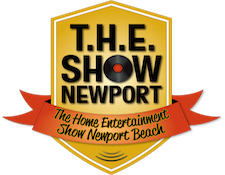 The format of the event was quite simple: Robert Harley introduced each of his guests in turn, giving a brief history of them and their accomplishments, and pointing out that they - each and every one of them - have not only been and remain among the great iconic figures of our hobby and our industry but that even the newest comer to the group has been active in hi-fi for more than forty-three years.(!) After all were introduced, he then asked the panel a series of questions, the first of which was [paraphrased - I was too interested in what the panelists had to say to actually take notes]: "How did you get started and what was your first product?)

Questions of this sort and their answers continued for almost the full hour until a final question was asked on the state of the art and, particularly, in which of its aspects or equipment the greatest improvement was still needed. To this, Tim de Paravacini responded that it was most certainly in the area of loudspeakers, which he said were nowhere near as advanced over their antecedents of half a century ago as were modern electronics. He went on to imply that that might be a major reason for the current boom in headphones and their related equipment, stating specifically that headphones, because of their close coupling directly to our ears, are better able to communicate to us the ambience and acoustical environment in which the recordings we listen to are created.

Not all of the other panelists agreed with him. Arnie Nudell, for example, said that he saw and heard a great deal of improvement in modern loudspeakers, even as compared to his own earlier work. Paul McGowan took a different tack, entirely, saying that he thought the greatest area for potential improvement was not in our equipment, but in the software - the actual recorded music - that we listen to. And others had their own comments, as well. 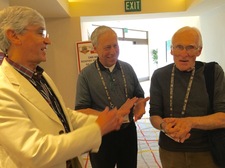 Having been exposed to - and even participated in - the development of some truly remarkable speakers that never made it to market, I have to agree with Tim that there is room for major improvement. Those speakers that I was involved with could easily have outperformed the bulk of what's currently available, and a prototype of one was even voted best sounding loudspeaker at two (count 'em, TWO) Stereophile Shows and was a runner-up at a third, but, with the state of the economy-in-general; the hi-fi industry, in particular; and the fact that there were, and still are, more than four hundred brands (not just models) of competing speakers that they would have had to compete with, the designers of those speakers could never raise the necessary funding to go into production and actually offer them for sale.

I also agree with Tim that headphones can, on the whole, offer a better presentation of the room or other acoustical environment that a recording was made in. I think, though, that I may look at that fact from a slightly different angle than he does: I don't think that it's because headphones, with their more direct coupling to the human ear, do a better of locking the recording's ambient information IN. Instead, I think it's because, on the whole, and for at least many headphone styles, they do a better of keeping the acoustics of the listener's personal listening environment OUT! 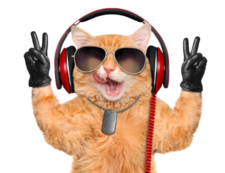 For designers of over- or in-the-ear headphones, the acoustical environment in which their products must operate can be known and planned-for to within just a few percentage points of variation. For one thing, they know with certainty that their 'phones will be used on or in the user's ears, and that, for that reason, the setup for their use will always be effectively identical. The trapped air-space between each 'phone and the side of the listener's head can also be calculated very closely, and, although there must certainly be person-to-person variation -- or even ear-to-ear variation for just a single person -- truly, how much difference in trapped-air volume and the shape of the resultant air-column can there be between the volume of air between the 'phones and the eardrum of any one person and any other? Whatever it is, it seems obvious that it must be very substantially less than the range of possible variation in the listening rooms that speakers will be called upon to perform in. And it's not just an issue of volume, either: the headphone designer knows precisely what the texture and material of the human ear canal is, but, for speakers, room textures and materials - both factors in determining a room's "sound" - can easily vary as much as, or even more than room size and shape.

The result is that, except to the most limited degree, speaker designers have no control at all over where their products will be used, how they will be set-up, or in the quality of the acoustical environment in which they will operate. That's one reason why Tim de Paravacini can - quite correctly - say that our hobby's greatest area of potential improvement is in the speakers that we use, but it's also a major, perhaps even the most major, reason why what he says is true.

The fact of it is that although audiophiles can be surprisingly generous in what they spend for their systems, only a minority of them seem to devote either serious time, thought, or budget to the acoustics of the rooms that they will listen to them in, and it may very well be that THAT - the awareness of audiophiles of the importance of their room to the sound they hear and their willingness and ability to do what's necessary to correct it - may be the real part of our hobby and industry that needs the most improvement.

Of course, I wasn't a member of the panel, so my opinion doesn't count.