When Did I First Consider Myself An Audiophile? 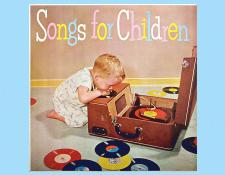 The other day on a Facebook vinyl enthusiast's group, a new member posed a compelling question: "At what point can I call myself an audiophile?"

I came upon the entry about two hours after it was posted and there were already 69 comments not including mine in reply.

I thought for a moment and wrote this: "When you care enough about the music to try to get it sounding as good as you can get it... I believe being an audiophile is a state of mind... ultimately it is about the music."

After posting this I stopped to think about that transformative moment when I might have considered myself an "Audiophile."  Have I ever considered myself an Audiophile?  I mean, I often half-joking/half-seriously refer to myself as the "Everyman's Audiophile" because I don't have a $100K system (nor a $1M dollar home to put it in!). 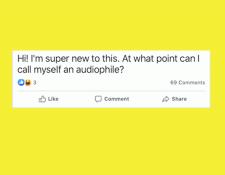 But, I can more or less keep pace with the big boys because I am passionate about music and good sound. In my little apartment here in San Francisco, I have three turntables... a 5.1 surround sound system... home recording gear... a 1921 Victrola VVXI that I restored... a 1926 Brunswick portable player for playing 78 RPM discs at picnics and parties...

I have two vintage working 8-track recorders even (including a 3M pro deck I got at a radio station's garage sale for $10!). Ok, so the 8-tracks are pure kitsch but they are still cool to have...

I have a Mytek Brooklyn DAC here which lets me stream audio in resolutions upwards of 352/24 (maybe higher). I have probably close to 10,000 LPs, thousands of 45s and CDs and hundreds of surround sound audio discs and movies. I've lost track of how many downloads there are... 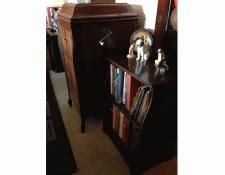 Yet, compared to some "serious" audiophiles, all my gear is modest. It is well chosen however and great sounding. It is appropriate for my living and work-at-home environment.

Heck, I've sat a friend -- who is an audiophile with fancy Martin Logan speakers and such -- for a blind listening session in the sweet spot in my office once and played him some 45s using my Denon DL-102 monaural cartridge. He was blown away when I told him to open his eyes and he saw I was playing an old single (it was a pristine promo copy of The Chordettes "Mr. Sandman")! 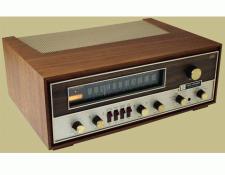 I dunno. I kinda think I am. I'll put it this way: if I had the budget and the space, I'd love to have a super duper uber-audiophile hi fi system.  But I have to work with what is in my budget and lifestyle. I think that counts for something.

So, going back to the question of when did I become an audiophile? Gee. I think it may have begun when I was about eight or nine years old.  I remember when my older brother began to dismantle his first stereo -- a portable GE portable suitcase-type stereo with a fold down Garrard record changer on it -- to make it look like components.

So suddenly there was just the changer sitting there -- he even got a dust cover for it! -- and a separate section with the amplifier controls now suddenly looking more like a fancy component. 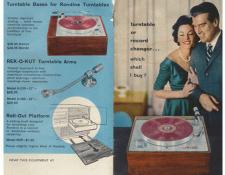 The portable black box it had been mounted in went away.  Not all that long after, his girlfriend's father sold him his "old" Fischer 500 receiver and he eventually got a Sansui turntable and "Smaller" Advent speakers at Tech Hi Fi on Rt. 22 in Union, N.J.

I do!  I remember these kinds of details and I realize now that going to places like that store were transformative audiophile moments for me! Seeing and hearing all that gear got me excited and interested in the hobby.

At one point we had this futuristic Panasonic all-in-one stereo with neat-o looking (but terrible sounding) round plastic speakers, which I think my brother bought from someone at the Summer camp he worked at one year. It was cool as it had a real Cassette Stereo recorder in it! 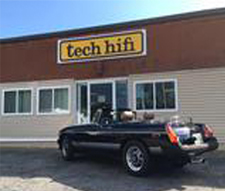 Once the Fischer arrived in the house, my middle brother adopted the Panasonic for a while as he was busy restoring a Rek-o-Kut "Rondine Jr." turntable a friend had given him.

There were all these stepping stones. I eventually got the Panasonic as a hand me down (wonder what became of that thing!?).

I guess I got my "true" first Hi Fi gear of my own when I found an old Harmon Kardon tube amplifier at a garage sale which got me through most of college. That, along with the Rek-O-Kut turntable which I borrowed from my brother for many years after he got a classic AR turntable, took me into the '80s.  When I got my first job out of school, I eventually got a brand new NAD 3020 integrated amplifier and I got the AR turntable which by then my brother had tweaked with an Audio Technica tone arm. 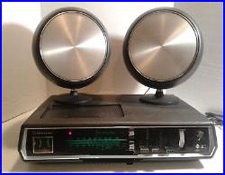 Was I officially an audiophile yet?

Looking back, I really do think my... erm... audiophillic ascendence began before I got any of my own gear and was still using my older brother's systems.

You see, I had begun buying records with my spare change I saved from skimping on school lunches combined with extra money made doing odd jobs, mowing lawns, shoveling walks in winter and eventually working at Rickel Home Centers (again, on Rt 22 in Union, NJ!). 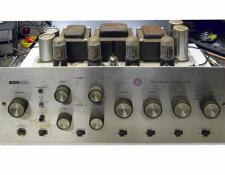 I didn't have bupkiss money wise but I had somehow started amassing my own little collection of records and quickly became disappointed with "new" record pressings in the mid-70s, probably as early as 7th grade. The oil crisis was on and I could hear the difference even on our modest gear. I discovered the joys of buying records "for cheap" at used shops and at garage sales.... and I found that original pressings sounded a lot better than the new copies I bought.

I remember in particular being disappointed with my then new mid-1970s black-label Verve Records reissue of Zappa's 1968 masterpiece We're Only In It for The Money. It was around that time I began looking in earnest for original LP pressings, learning the ins and outs of why they sounded better than the reissues and the joys of collecting and trading what I soon learned were often quite rare records. 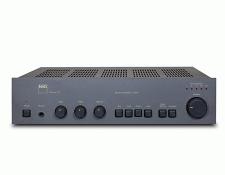 So perhaps that was the point I became an audiophile -- when my desire for getting the best sounding listening experience became the priority.

And this brings me back to my original reply to the query on Facebook. I think you become an audiophile "when you care enough about the music to try to get it sounding as good as you can get it... "

When do you think you became an audiophile and why?  Let us know in the comments section below.