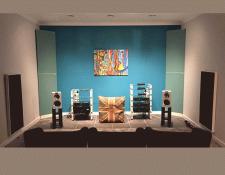 The argument over which is most important in your audiophile system--your source component(s) or your speakers--is an age-old debate with strong proponents on both sides. Scottish audio company, Linn, has historically made the argument that your system can only sound as good as your source (thus you should invest in one of their timeless, but expensive, LP-12 turntables).

In some ways, you could consider this the "East Coast argument," if only by contrast with the high-flying West Coast position. The JBLs of the world seem to lean more on the notion that can have all of the fancy front end components you want, but if your speakers don't have any bass or can't play at a compelling volume level, then your system might just suck. 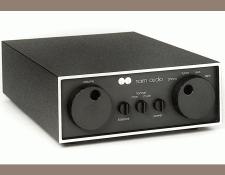 It took me exactly two semesters to move out of the dorm complexes at USC and into a pretty darn nice apartment with a roommate in the Fairfax District of Los Angeles, which is near where Rick Caruso's Grove shopping mall is located now. It was a mere 15 minutes from school, but far from the non-college-town that South Central Los Angeles was in 1994.

It didn't take long for the Celestion speakers to go, as they simply had no bass. I replaced them with gorgeous THIEL CS 1.5 speakers finished in Bird's Eye Maple wood that looked simply fantastic. But there was a problem: an 8-watt European integrated amp couldn't hope to power these wildly inefficient loudspeakers. Drivers were bottoming out. Distortion was audible. The Naim ultimately got sold in on rec.audio.something on the early Internet. I bought into an Acurus stereo preamp and a very powerful Aragon 4004 power amp, which at the time were made in Anaheim, and everything changed for the better. I had the power to make my speakers do what they were designed to do, even if that wasn't very much bass either. Gone was the distortion, as well as the driver issues, so my next commission checks went back into my front end, which included a Theta Compact Disc transport and ultimately a Gen-V DAC, which was pretty hot shit back in that era. 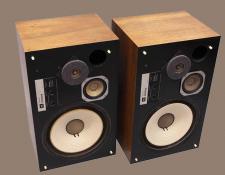 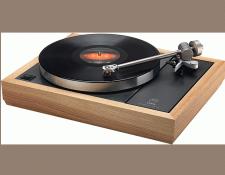 What being a "publisher" in the audiophile space allowed me to do, though, was to experience far more gear from many different companies without having to invest my own capital unless I wanted to. But before I made that career switch, what I realized is that, in terms of selling gear, what made sense was to start clients out with the West Coast philosophy, meaning something like Wilson Audio WATT Puppy 3.2 speakers (expensive at the time at like $12,000 per pair) in a gorgeous finish that looked like they belong in a true high-end system, but paired with a modest Acurus integrated amp and mainstream CD player. From there, it only took me showing up with some Mark Levinson electronics and/or a good front end on the close and saying, "If I bring over $8,000 worth of gear and it blows your mind, are you prepared to let the stuff stay?" If, I got a "yes," I know my close ratio was well above 90 percent--really much closer to 100 percent on that trial close, as my clients were about to take the next step in their own audiophile (or musical) journey, which was a big part of the fun.

What I wish I understood back then was the importance of room acoustics and how that stretches one's audiophile dollar a lot more than constant changing of gear. I dabbled with some homemade absorption, which helped, but when you live in an apartment you can only go so far. Ultimately, I got with Bob Hodas and we played with some of the digital EQ products of the day, which were bleeding-edge products but also were anything but reliable and sonically inferior to what a $500 Denon receiver can do (automatically, meaning without Bob and $50,000 worth of measurement gear) for any consumer. 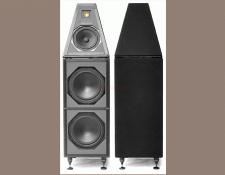 My advice for audio enthusiasts in 2020 is twofold. First, it is very important to enjoy the journey no matter if you start with a source-first approach or a speaker-first outlook. In the modern world, it really doesn't matter, because you will likely be circling back to the electronics and then other upgrades over time and that is all part of the fun. Secondly, I would suggest that room acoustics and now digital room correction are key elements to audiophile success. Fixing the physical maladies of your listening room should be your top priority, and then the digital room fixes can come next, but in today's audiophile world, these are game changers that can get you much closer to the promised land, faster and for a lot less money than how I did it back in the day.

Also, don't ignore the effect a well-installed subwoofer or two can have in your room, in that the old LP-12 argument is more relevant when you can pair a really killer small pair of speakers with a sub that is perfectly blended with your listening room. That's yet another fast way to get to where you want with full range audio that sounds nothing short of delicious.