What, Besides Sound Quality, Adds Value to an Audio Component?

A conundrum that faces every audiophile on a regular basis is "Which of two competing components should I buy?" Old-school high-performance audiophiles believe that the most important aspect of any component, bar none, is sound quality. And obviously, if you have a choice between two components, you should always choose the one that sounds better to you.

But what if the two components under consideration have equally great sound quality? (not identical, because that never happens) After sound quality what are the important aspects and positive attributes that would tip a consumer from one option to the other? Let's look at some of them.

Ergonomics is defined by Merriam and Webster as "an applied science concerned with designing and arranging things people use so that the people and things interact most efficiently and safely --called also biotechnology, human engineering, human factors." When applied to audio components the definition is a bit simpler - "Can I get this darn thing to work like I want it to work?"

It doesn't matter what a component CAN do if you can't get it to do it. I've spent many frustrating moments puzzling over a new component even after reading the owner's manual while trying to figure out how to get a particular feature turned on (or off). For me, the best ergonomically-designed components are the ones I can use without memorizing the manual. Labels such as "Vol" for volume rather than some idiosyncratic graphic are a good thing in my world. Last week, at a headphone event, I overheard several Head-fier's complaining about one particular manufacturer who delights in arcane graphic symbols rather than simple words for labeling controls. I call this "out-clevering" your customers.

Fortunately for consumers, top-echelon audio firm's customer support begins before a potential customer has dropped dime one. It should begin with their website. Does it have all the information you require? Does it have FAQs? Can you download owner's manuals? For any company that wants to be a market leader the answer to all these questions must be a resounding, yes!

The next unresolved question is whether a company is responsive to customer questions and delivers support in a timely manner. I suggest emailing a question (almost any question) to the email address listed in customer support and see how quickly and what the quality of the response will be. There are plenty of hobbyists producing excellent components, but in many cases the level of support you will get from a hobby operation will not be the same as you would expect from a going commercial concern. But, occasionally, hobby and part's supplier's support can be better...

As far as small manufacturers versus large ones - I have never seen a direct correlation between size and customer service. Some "one-man operations" deliver amazing customer support, such as Mr. Speakers. And some large, well-funded firms with multiple customer support specialists have proven themselves to be abysmal when it comes to any amount of useful communication with end-users.

Obviously where you purchase a component can have a major impact on the level of customer support you receive. A specialist high-performance audio retailer can add value, not only with their pre-purchase expertise, but also in their ability expedite warranty work and answer questions quickly and accurately.

A little bit of time expended on research into how a firm handles its customer support before you make a purchase can dramatically reduce the chances of frustration afterwards. 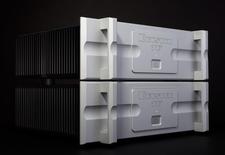 While I wouldn't be so rash as to state "the longer the warranty, the better the product is" I will go on record that manufacturers with longer warrantees do so because they are confident that their equipment will easily exceed the warranty period. Bryston developed a strong reputation for reliability based on not only their gear's impressive reliability, but also their 20-year warranty. Other firms. Such as Pass Labs, may not have quite as long printed warranty, but recently I had a twenty-year-old Pass Labs power amplifier updated at the factory. That is the kind of support that I like to experience.

I've noticed that much of the portable gear and personal gear I review have shorter warrantees than home gear. Some warrantees are as brief as 90 days. That is not very long. If all other things are equal I would always choose a device with a longer warrantee period.

Many things influence a manufacturer's perceived reputation, but the previous areas I've mentioned are the most critical in creating, perpetuating, and expanding (or reducing) a manufacturer's reputation. If you need an example of how NOT to garner a good rep, Google "Geek Out" who ran a series of Kickstarter campaigns. The first was wildly successful, but as their deadlines for delivery came and went on several subsequent releases without fulfilling their promises, their reputation among savvy audiophiles dropped faster than popped helium balloon.

So, there you have it - four areas besides sound quality to consider the next time you are looking for a new component. Good luck...