We Want The Airwaves - Hipsters From The Past...

There once was a time when radio mattered, when radio could "break" new artists and influence the way their local listeners reacted to new bands and new sounds. For audiophiles, music lovers, and cultural historians who want to get a sense of what it was like when radio still had some commercial clout, I recommend the prize-winning documentary We Want The AirWaves - The WFNX Story. 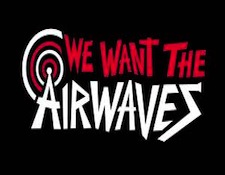 WFNX was the first "alternative rock" radio in Boston, MA. Owned by Stephen Mindich, who also owned the alternative newspaper, The Boston Phoenix. WFNX was originally envisioned as a radio version of the newspaper. But along with WFNX's first employee, news director Henry Santoro, came the disc jockeys from SPIT and METRO where Santoro worked as a bartender. I, too, was part of this scene - I was SPIT and METRO's official photographer from 1977 through the mid 80's.

Like all recorded histories, We Want The Airwaves tells its tale with some bias - while WFNX was part of the rock scene in the late 70's and 80's, it was only part of the cultural nexus that was the Boston music scene, which included the clubs and the bars, and the scene-makers themselves. In many ways WFNX was the cultural extension of the new wave of music and disc jockeys that had begun with WMBR, MITs college radio station. 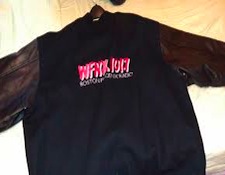 WMBR was originally WTBS, whose call letters were purchased by Ted Turner for his new cable TV super-station. The influx of funds bought WMBR better equipment and a bigger transmitter, which increased WMBR's reach, both geographically and culturally. WMBR's "Late Riser's Club" was the first and most influential "punk rock" radio program in Boston. Started by Thom Lane, who was in many ways the Godfather of the entire Boston punk music scene, the program is still on every weekday morning via WFNX Internet site.

Although WFNX was certainly an important part of the Boston music scene in the period from the mid 70's till its sale in 2012, it wasn't the big dog in town - that role was filled by WBCN, who were one of the originators the AAA (album oriented rock) format, and slowly evolved into new wave, punk, and alternative music. Much of WBCN's musical evolution was as a direct result of their station manager, Oedipus, who originally worked as a DJ at WMBR. And while there was definitely a competition between WBCN and WFNX, it was a friendly one, since everyone knew each other, and would socialize most nights at SPIT, METRO, The Rat, or The Paradise. 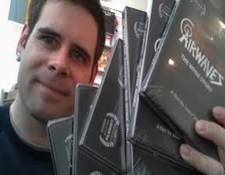 I got my copy of We Want The Airwaves through a KickStarter funding campaign designed to enable the film's creator, Jason Steeves, to produce a DVD version of the film. It funded, and I got my copy. So far, it's not yet available for purchase on Amazon or available for streaming via NetFlix but that will happen soon. In the meantime you can go to the film's Facebook page to see when it will be commercially available.

That should be soon, I hope...