Was It the Music or the Gear That Made Me a Hi-Fi Addict?

In 1972, I got my first credit card and did what any respectable young man of that era would do: I upgraded my stereo system. After extensive shopping, I ended up with a Crown IC-150 preamp and Phase Linear 400 power amp to match with a Philips GA-212 turntable, an Audio Technica AT14S phono cartridge, and a pair of Infinity 2000 A speakers. People may now quibble about the performance of the Crown, but I loved that system for what it did in its time. 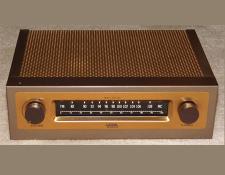 After a year of audio bliss, the system physically failed. One channel of the Phase Linear went out and took a woofer along with it. I had no worries, as the system was still under warranty. I took the offending components back to Audioland in Mt. Clemens, Michigan, for repair. When the speaker wasn't ready at the appointed hour, I decided to wait for its completion. I prowled their sound room on my own, or nearly on my own. One other shopper was there, too. We spoke. After an hour I'd sold him on a used pair of Bose 901 speakers and called for my salesman friend to write up the transaction. Within the week, I returned to the store, interviewed with the owner, and decided to sign on as a commissioned audio salesman. 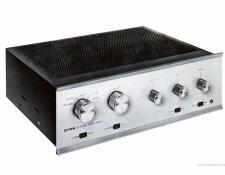 I sold nothing the first three days. Not even some speaker cable or a "patch cord" as we called them back then. But on my first Saturday, I saw the light. People rolled in the front door looking to buy just as I was looking to sell. This wasn't work. This was fun and I was hooked for a good, long time.

My career progressed to executive positions as various AV manufacturers over the years. I also spent 15 years on the Audio Board of the Consumer Electronics Association (now the Consumer Technology Association or CTA) with three years as Chairman. Most of the other board members, people like Peter Tribeman of Atlantic Technology, Herman Sperling from Harman, Stephen Baker of Denon, Kathy Gornik from THIEL Audio, and Richard Schramm, owner of Parasound, had similar origin stories. Tribeman even had a law degree. 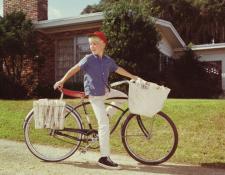 Sperling, a brilliant marketer, began his career working the retail floor at a store called All Brands in Boston. As a kid, Richard Schramm frequented Allied Radio's Chicago store and advised customers whenever a salesman misspoke. It was an extremely talented and experienced group. Each member could have had more lucrative jobs in other fields, but they chose specialty audio-video, and who could blame them? It was boom times and the business was more fun than selling coat hangers or industrial solvent.

But was it love of the gear and the technology that lured us to the hobby, or was it music? In my case, I originally thought the attraction was pretty much the gear. I am a third-generation audio tinkerer. My mother tells a story of helping her father wire superheterodyne AM radios in the mid-1930's before such devices were commercially available. My first audio memory dates to a Remco Crystal Radio I built as a boy and the hundreds of feet of antenna wire I strung around the bedroom looking for obscure radio signals. Surely, a crystal radio was pure magic: sound without power. 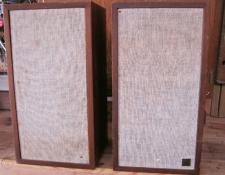 Next, Grandpa Bob and I built a Philmore 4-transistor radio. No longer magic, as this radio needed power. When our family moved to a new house, I built an Eico FM tuner kit. The tuner was definite proof of my tinker-hood. It was wired correctly but I couldn't even get it to turn on. Finally, a professional heated every connection and we had FM music.

Gear was driving my passion for audio. In 1958, at the age of 12, I took the meager proceeds from my paper route and purchased a GE stereo record player complete with dual six-inch speakers and a VM changer. Or, to be more precise. I purchased one-half of a stereo record player. The GE came in two boxes, each sold separately, and at the time I could only afford one of the two boxes. Happily, relatives gave me the second channel for Christmas. Now I could save up for stereo records, which had just become available only months before when the small Audio Fidelity Records label released the first mass-produced stereophonic records. That stereo system, purchased with all my savings before stereo records were available in any quantity, seemed proof that I was at least enthralled with audio equipment. 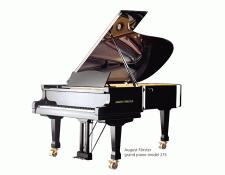 So, wait: maybe, it was the music that drove my audio passion? One of my earliest memories is riding in a car with Dad, singing "Rag Time Cowboy Joe" along with the car radio. I also remember one particular Sunday afternoon when I was five: a big truck pulled up to our house in Denmark, Wisconsin (population 999), Mom and Dad climbed on board, auditioned, and actually purchased a piano. What possessed a young married couple with two small children to purchase a piano?

What I didn't know at the time was how important music was for my family. My maternal grandfather had been concertmaster of a symphony orchestra in Chicago when he was 18. My mother was an accomplished pianist as a teenager. My father sounded an awful lot like Perry Como when he sang and had been pianist for the Rhythm Ramblers while in high school in Loveland, Colorado. My conscious memories of their actual musical efforts are scant. I remember hearing each of them play piano perhaps a dozen times, total. Yet my five brothers and I all play, four of us professionally. So clearly, music occupies a top echelon in our upbringing and genetics. 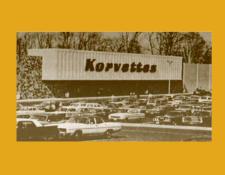 After my freshman year in college, I got a summer job in a Ford factory. The work was brutal, but the pay was good, and I started planning my next stereo. One week, heavy with overtime pay, I went into EJ Korvette's Detroit store and purchased a Dynaco SCA-35 integrated amplifier kit. Rated at a whopping 17.5 watts per channel, the Dynaco was the tube amp of the day for many of us. I was able to assemble the kit without problem, or so I thought. I had no way to test it. The next week, back at Korvettes, I bought a Garrard record changer with an upgraded Pickering stereo phono cartridge. I could hardly wait for the next payday, as I was on my way to more upgrades.

Returning to Korvette's, I compared the AR-4 loudspeakers with Fisher's XP-5s. It didn't take long to decide on the Fishers. Returning home, I frantically wired the speakers to the Dynaco, plugged in the turntable, turned on the amp for the first time, and cued a new disc. 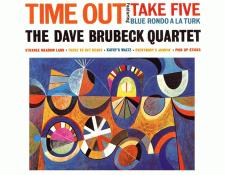 It was Oliver Nelson's More Blues and the Abstract Truth. The amp lit up, I heard the surface noise from the LP, and then experienced what is still the best sound of my life. Everything worked. Yet the magic required both music and the equipment, not one over the other.

How do I know I'm a Hi-Fi addict?  I retired from the industry in 2016, yet I still attend some trade and consumer shows to see the latest and greatest new components. At the same time, with streaming of virtually any musical title ever recorded available at my fingertips for $20 per month, I still purchase Compact Discs to round out my physical music collection. For me, the passion comes from both the love and appreciation of music, as well as a healthy appreciation for what the coolest audio gear can do for you and your overall lifestyle. Let the defense rest.