Understanding the Need to Better Our Audio Systems 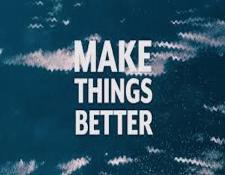 As we grow older our perspectives change. Also in a state of transformation is our willingness to accept what was. Somehow, surprisingly, we tend to establish higher and higher benchmarks of acceptability. What was tolerable today will not be satisfactory tomorrow. What we found acceptable and even enjoyable yesterday has been supplanted by a new, and increased level of acceptability. Seldom do we happily and willingly go backwards.

It is, I suppose, in our DNA to always want better. We can be very accepting of how something is for a long time, and then "poof," that something is no longer good enough. 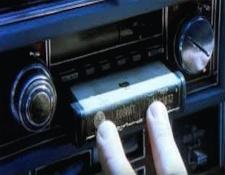 Take cars, for instance. My first car was a 1973 Chevrolet Monte Carlo. It had an 8-track player, a sunroof, and probably the coolest feature, swivel bucket front seats. Push down a lever on the side of the seat and the whole thing would rotate to the outside. It made getting out of the car much easier, and for me, just a punk kid at the time, was way cool.

Unfortunately, the reality was the radio seldom worked correctly and the sunroof, something I knew for sure would absolutely impress girls, leaked when it rained -- on the passenger side no less. Let me tell you, I was anything but impressive when a date got soaked when a pool of water suddenly wound up in her lap because it was raining. For some reason, inexplicable to me at the time, that never went over very well. The Monte Carlo had to go. It was no longer acceptable. 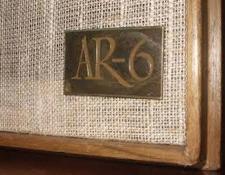 I still have my first high performance stereo system. I have not listened to it in many years, multiple decades in fact. It still works, or so I imagine, so why the ambivalence towards something I have been hauling around for over forty years? Because it is no longer sonically acceptable. As time and technology have changed, it got left behind. I'm not really sure why I keep it. Perhaps it is because it was my first system. Maybe it is because I wanted it so badly and spent almost a year doing yard work around the neighborhood to earn the money to buy it. Maybe it's for any number of reasons. Whatever the "why", I will never get rid of it even thought I have little intention of playing it anytime soon.

Such is a common theme in our progression of stereos is it not? We start small, telling ourselves this is really magnificent, that we have reached an acceptable level of sonic greatness. Until, conversely, we countermand that belief structure with a new directive, one producing better results, and more often than not, more expensive. 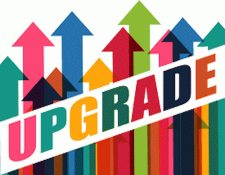 Generally speaking, it is the "more expensive" part that is hard to excise. We know we want to improve our systems, and likewise the sonic desire we all have towards some measure of a better than before "wow" moment. It's in our DNA. At some point in time, be it momentary or years later, that little voice with which we all must contend whispers in our ear, "it's time to upgrade." And the "now" is suddenly in jeopardy of becoming "what was."

It is not, however, a bad or medieval thing we seek to perform. Our generally accepted goal in life is to always move forward. Seldom are we content in stagnation. We want a better car, home, we want to improve our health, and yes, we even want a better stereo system. We find it difficult to accept the status quo, that nagging voice always whispering in our ear. It's in our DNA. 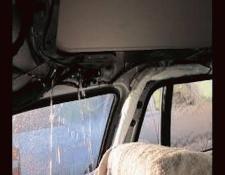 We are also moved by pride, jealousy and to a radical extent, arrogance. We want to look impressive when we talk amongst our audio peers. Who among us is not filled with pride when contemporaries lavish us with praise on our systems and the sonics they produce? Who among us is not visibly, humbly accepting of that praise yet filled with absolute elation on the inside?

Who among us needs a million-dollar audio system? Such a person would be hard pressed to find very many people, audiophiles or not, accepting of such a huge expense for something so commonplace. It is, after all, just a stereo system - or so they are considered by the average person. But if money was in no conceivable way a burden, consideration or problem, if such an expenditure was no issue at all, would you undertake such a large-scale purchase? Or has that crossed a line? What then would be an acceptable outlay of funds if money was not even a minor consideration? 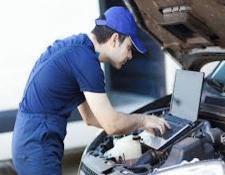 I've been looking at performance chips to go in the sports car I purchased in January. Why? I want it to go faster. I want better performance, more horsepower. Presumably, this $750.00 chip yields 70 additional horsepower. Do I need more power? Of course not, I can get pretty close to 190 MPH right now. That said, it doesn't for one second mean I would not like the extra performance.

That is a familiar struggle is it not? What constitutes the need to upgrade? Is it like a light switch that some unseen force turns on and directs us to start thinking about how we might make things better? Or is it just that genetic code driving us in unseen ways? 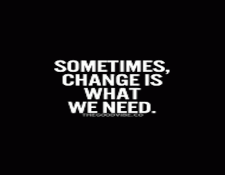 No matter what, we all want to make improvements even if we steadfastly reject the impulse to do so. Many audiophiles live for years, decades even, with the same system and derive from it years of enjoyment. Others might change a component or two every so often, and always done with care and precision. Others still will ride a roller coaster of system changes and modifications for little other reason than because they can or feel they should.

No matter why, we all feel the inevitable urge, impulse even, to better our audio system. Only question therefore remaining is do we act on those urges and impulses, or do we remain in neutral?