The World Is Loud (And What to Do About it) 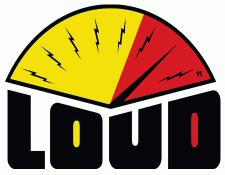 During the last week I attended two trade shows, and one wedding. They had one thing in common - they were all LOUD!

And how loud were they? Due to the fact that I always have an SPL meter on my phone (I wrote about that here) I was able to measure their levels. And they were all loud enough that extended exposure could cause fatigue (at least) and even contribute to potential long-term hearing damage.

Rocky Mountain Audio Fest get the award for loudest recent experience - one of the exhibitors in the ballroom section had it in their heads to play their demos "at real concert levels." I could tell from over 75 feet away from the entrance to their room that I would need earplugs to approach any closer. Once installed, I measured 115 dB peaks at the very back of their room...They were playing Boston, and it was far more than merely a feeling... 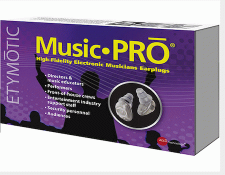 CEDIA wasn't much different, some of the demos went for max SPLs, measured at a sedate 110 dB in one demo. Yes, I know that explosions are supposed to be loud, but there's loud, too loud, and REALLY? Many demos got the R, for really, rating...

But the most distressing example of our currently loud world were at a two recent family weddings. The first, nearly a month ago, had music so loud that I measured 100 dB peaks outside the main room and 112 dB within. The second, that I attended last night, was doing a steady state level of 99 dB with 113 peaks. Even when no music was playing, the crowd walla measured a steady 93 dB!

As is my habit, I always carry earplugs, sometimes multiple pairs. I've written about earplugs in the past. When I was young there were few options for earplugs - the most prevalent kind were the waxy flesh colored ones you could mold into the right shape and then jam into your ears. They worked Ok but nowadays there are far better options, thank God.

The least expensive, and least effective, earplugs are the foam ones that cost almost nothing. On average they're good for 10 to 15 dB attenuation. In a loud space, that may well not be sufficient. I much prefer soft plastic ear plugs that use a filter system to attenuate sound. The Boulder, Colorado firm EAR, specialize in filtered earplugs and even offer different attenuation filters for some of their models. Asius  and Ultimate Ears also make filtered earplugs.

If you find yourself in a situation where the noise is intermittent, but loud, and you still need to hear without attenuation most of the time, You might want to investigate "active" earplugs that employ a "smart" circuit that clamps down when a loud noise occurs. Some will even amplify softer sounds ones! Not inexpensive, but if you depend on your ears, an active noise-canceling earplug may well worth their added cost. Both EAR and Etymotic make active electronic earplugs. I've used the Etymotic ones, and they work, but I recommend always carrying extra fresh batteries as they tend to go through them quickly. 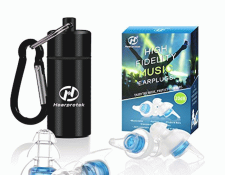 I don't carry the Etymotic Music pros as my "daily drivers" due to their battery life issues, but I do carry the Hear plugs everywhere. They supply 20 dB of attenuation, which gets me through most of the sonic emergencies I encounter.

There are always some situations where no earplugs will help. At one audio show I was on a hotel floor when the fire alarms went off. My fingers went immediately to my ears, which left no spare digits to retrieve my plugs from my pockets. My solution was to hustle down the hallway into the stairwell (which was a lot quieter) where I could install my plugs.

So, Got earplugs? If not, Why not?