The Ins and Outs of Music Reviews 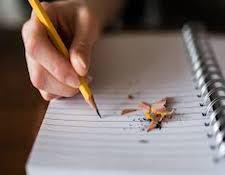 The audiophile hobby is about music. That's plainly obvious. No one will do all the research, verify that research, spend the funds, take so much time, not to mention space in the home, just to have audio gear sitting around looking pretty. Playing music is the "equals C" in the complex audio equation.

Part of my job, so to speak, at Audiophile Review (APR), is to highlight new music. I do not pretend to be the encyclopedia of musical knowledge that is my fellow contributor, Mark Smotroff. My methodology is far simpler. Typically, AR editor Steven Stone will send a box of CD's that have been sent to him by music promoters, the band themselves or by some other means. I also on occasion receive albums or CD's directly myself. 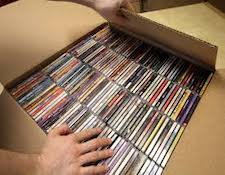 Once I receive new music, I go through them one by one and pick out those I most prefer and the ones that will hopefully best suit our readers. Typically, I stay in the jazz, classical, country, pop and rock genres.

A few years ago, I would usually get a box of about thirty or more CD's. Given the advent of streaming and the decline of physical CD's, it is pretty rare today that I receive more than roughly fifteen CD's in a box. Music reviews are not as robust as they once were because there is simply not as much music sent in for review. At least not from me, what Mark is doing is completely different.

Typically, I will shy away from reviewing hugely popular works like a new Taylor Swift release. That seems pointless as that road will be full of other travelers. What I review is music from the "other than mainstream" segment of the music industry. 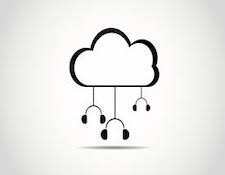 My reviews are from performers our readers may never have heard of before. And hopefully, every so often, we all will find one that strikes a chord and a new discovery will be made.

I always enjoy those occasions when I find a really exciting, previously unknown artist. I remember one review when I picked up a new release from an artist named Michael McDermott. Now I have always, and absolutely unfairly, been occasionally guilty of deciding thumbs up or thumbs down on a work based on the cover art of a CD or album. I used to have a section in my CD storage rack of works I bought because I liked the cover only to find I hated the music. Yeah, I know, bad habit, that. When I first picked up the Michael McDermott CD for review, I instantly knew I would hate it because the cover art told me so. 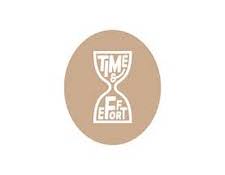 Not only did I love the CD, I gave it a "10" overall on the review, did a complete, independent follow up review of that individual CD and have purchased five more of his works for my music library. Lends credence to "can't judge a book by its cover, huh? Conversely, I have thought at various times, "I'm going to despise this one" and have.

Streaming provides near instant access to almost all the music on Earth. However, I don't think me writing about how much I liked a work will definitively answer the question to our readers on whether or not they will like something. And yes, I realize most of what I review may easily be found in the streamed universe. Still, however, I always try, and absolutely prefer, to provide a link to a website that has some clips of the individual tracks so our readers can hear a short segment of what I'm writing about. Maybe there are readers who don't stream any music and those clips will help better understand what a song sounds like, and if they like or dislike it - cover art notwithstanding. 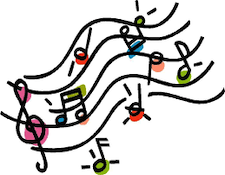 Generally speaking, I find Amazon almost always has the music I have reviewed available on their website. They also, almost always, have a short clip from each song. So anyone, regardless of whether they are streaming or not, can one - find out if the music sounds good to them, and two - purchase it if they so desire. Of course, other outlets beyond Amazon exist. Naturally, hearing a short song clip would also allow for a streamed playlist to be updated.

And for the record, I am not affiliated with Amazon and I don't receive any compensation in using them. In all honesty, I find using Amazon makes the review process easier because it lessens the time spent looking for a web site with audio clips of songs decidedly not in the mainstream. I'm all about making things more streamlined and Amazon facilitates that effort. 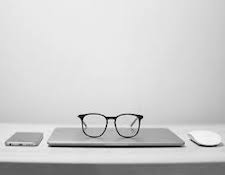 Doing these reviews takes time. A lot of time. And often requires me sitting through music I'd rather not hear. Due diligence requires me to listen to the whole CD, not just the first two minutes. Who knows, I may hate track one, but love tracks two through ten. That cannot be ascertained unless I listen to the whole CD. I typically make notes about what I heard and subsequently write a summary, or review, in a way that attempts to reveal to the readers what I heard and do so in a way that is informative - both musically and sometimes about the artist as well.

In the end, my hope is that something I heard and liked enough to pass on will hit a chord with one of our readers. If I can introduce a new artist or release to our readership, and maybe introduce a new artist that would probably have never been discovered, like Michael McDermott was for me, then all the work, time and effort I put into doing these reviews is well worth it.