The Good and Bad of Audio Shows

Audio shows in the US are growing and have basically become a popular sales and entertainment tool for high end audio. There are those who attend virtually all of them, even those outside of the US. Like them or not, they have become an accepted part of modern high end culture. 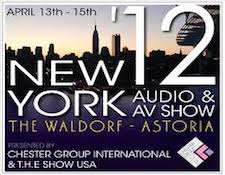 Audio shows were initially intended to be a means for manufacturers to showcase new products and technologies. CES, held in Las Vegas each January, is one example but is limited to industry professionals and dealers and not open to the general public.

Of the shows available to the public, certainly the Rocky Mount Audio Fest (RMAF) is perhaps the largest, closely followed by T.H.E. Show held in California. In fact, T. H. E. Show has grown substantially in the last few years and has an acceptance equal to that of RMAF.

Other notable US based shows are AXPONA, which has likely found a home in Chicago, Capitol Audio Fest held in the greater Washington, DC area, and the New York Audio Show. There are shows, of course, in Canada, Japan and the largest in the world, the high end show in Munich.

If you accept the premise that actually demoing and buying luxury audio componentry is difficult, then an audio show makes sense. I attended RMAF in 2011 with the sole purpose of checking out several brands of speakers in which I was interested. However, in subsequent years I have attended just for fun.

Obviously, the initial challenge of attending an audio show is travel and lodging. I can drive to the Capital Audio Fest but any of the others require airfare. Then there is the obvious cost of lodging. Also, in most cases, a rental car is needed. All in all it is easy to spend upwards of $1000.00 to see a show. Not an insignificant amount by any stretch.

Perhaps one of the more pleasant aspects of audio shows is seeing people met along the way in an audio journey. Some of these industry friendships are furthered primarily at shows and not at other times of the year. At least not in person. 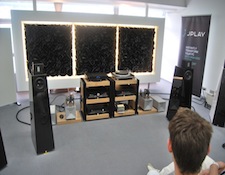 Obviously, seeing all of the equipment is fun and going from room to room to hear all of the different systems can be quite entertaining. It is one thing to declare a preference of tubes over solid state but it is another thing entirely to actually hear the difference in person. Something not always easily possible with your hometown dealer or listening room. A show can either validate an opinion or create new ones.

Audio shows are not the end all answer, however. If you are interested in a new amplifier, for instance, and you see on the show's web site that the manufacturer will be there, you may naturally want to attend. When you walk into the room there is typically an audio rack of equipment. If your amp is actually on display, how can you tell what the amp sounds like as opposed to some sonic influence contributed by the other components? What do you do if the amp in which you are interested is not displayed?

Crowds are an obvious detraction. Walking in a room to find the sweet spot open is a seldom occurrence. And if you are like me, being packed shoulder to shoulder in a room in an effort to see a stereo system is torture. I have the same lack of interest in standing in a long line in the hall to wait to get into a room. I've done it, sure, but I don't enjoy doing so.